IPO deja vu | Value Research https://www.valueresearchonline.com/stories/34654/ipo-deja-vu/ Nothing changes in the way Indian businesses approach IPOs, and yet there are always investors who get taken in Nothing changes in the way Indian businesses approach IPOs, and yet there are always investors who get taken in 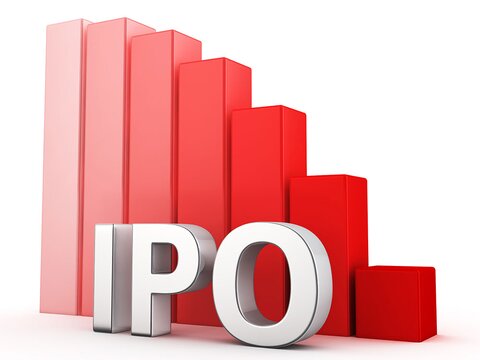 Yet another IPO mania is upon us. Anyone who has been minimally aware of events in the Indian capital markets for the last two decades should surely know how exactly things will pan out. In terms of nominal total value of IPOs, 2017 is the biggest year yet, with Rs 40,956 crore collected from investors till mid-October. By the time the year ends, this is likely to go still higher-- well above 2010's total of Rs 37,534 crore.

What is even more notable are the nose-bleed valuations of the equity markets compared to other recent IPO manias of a similar scale. During the IPO mania of 2007-08, the BSE 500 index was trading at 22 times earnings. In 2010, this was 21 times. Today, this is 27 times. For a number that's an average of 500 companies, that's a gigantic difference.

Here's something I wrote in this column in October 2009: Back in February 2008, soon after the great bull-run and its accompanying IPO mania had come to a crashing halt, here's what I wrote in a newspaper column: "Basically, everyone knows that hunting season is over and it will be some time before promoters and investment bankers will be able to look for a fresh generation of shikaar. There's nothing new in any of this and in the 15 years or so since IPOs were liberalised, we've seen this cycle repeat many times. Make no mistake, it will be repeated many times in the future too." The time for the next repeat of that cycle is definitely here, a little earlier than we would have thought possible at the time.

When one looks at the big, high valuation IPOs of the past cycles, there are plenty where investors have lost 80 to 90 per cent or even more of their money. Religare Enterprises, Firstsource, Indiabulls Power, DB Realty are some of the IPOs that caused the most excitement at the time. There are many others, where investors may not have lost money on this scale, but which still have been failures as investments.

It's important to note that these large-scale disasters would have been disasters at any pricing, but there are many other IPOs where pricing matters. In a fair IPO market, promoters and their advisors should price an issue in such a way that in the short-term, investors have a high probability of getting good returns quickly and a low probability of going negative. This is based on the fact that an IPO is essentially an unknown or a less known quantity and the investor is taking a risk by putting money in an IPO rather than an equivalent secondary market stock. The information asymmetry, which in any case is always in favour of the management, is particularly hostile to the investor in an IPO. In fact, in the current IPO mania, there are some of issues where even the industry is somewhat new to the investor, ICICI-Lombard, New India Assurance and Reliance Mutual Fund being the examples.

Moreover, in many of the IPOs, the money is not going in to the business to enhance it. Instead, it's a payout for existing promoters and investors. Which is fine from their point of view, but makes the issue less attractive. This approach--which now seems to be universal--has led to IPOs being of interest to investors who have little interest in the long-term prospects of the business. The investor is out to flip the stock within days (maybe even hours) of its listing. He's looking for the next greater fool, just as the promoters were. Everyone involved knows that at some point, a lot of the people who buy the stock will lose money--they're just trying to make sure it's someone else.

There's really no cure for this. It's something that appears to be embedded in India's business and investment culture. As an individual investor, the best you can do is to not have any illusions about it and make sure you protect your own interests.