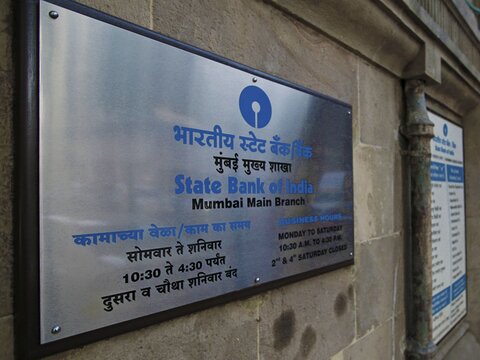 Late last month when the government announced its plan to inject Rs 2.1 lakh crore in public sector banks, shares of PSU banks shot up by 20-25 percent in a single session. This also benefited investors in equity funds with significant PSU bank exposure. Saddled with non-performing assets (NPA) and provisions, PSU banks have so far been constrained when it comes to lending. In the absence of credit growth, earnings have also been poor. Apart from the leap in share prices the recapitalisation move also helped improve sentiments towards these government-controlled lenders. Value Research spoke to top fund managers to understand the significance and impact of this move. The common strain during the discussions was that most of them favour private sector banks over their PSU counterparts and not without good reason.

No quick-fix
Banks being a highly capital intensive sector have a unique characteristic-higher capital attracts more capital and makes business more competitive, creating a virtuous cycle for investors and the bank. Famous investor George Soros terms it as 'reflexivity'. The combination of better earnings profile, improved asset quality, credit pick-up and availability of higher capital post the announcement will result in lucrative stock prices for some or most of these banks.

Lending by PSU banks had been greatly affected due to the bad loan situation. They did not have enough capital to lend out and it was a big handicap as their primary job is lending. The government tried to rectify the situation by recapitalisation of the PSU banks. Anand Radhakrishnan, chief investment officer - equity, Franklin Templeton Investments India said, 'Government's recent move to recapitalise PSU banks could likely help tackling and fast-tracking of the non-performing loans (NPL) resolution. This, in turn, should aid private capex recovery and an improvement in the economic activity coming from productive utilisation of NPA assets.'

Transmission of rate cuts in the lending rates by PSU banks has been lower in the past due to high provision costs. This may now change and lead to a lower lending cost which in turn can accelerate loan growth and also make the lending market more competitive, added Radhakrishnan.

Here is a list of equity funds who gave unbelievable returns on Oct. 25 when bank recap was announced.

Earnings to drive PSU bank show
The government aid will not have a long-term effect on the stock rally of these banks until they leverage it to improve their performance. The earnings performance of PSU banks will finally drive their stock price movements. 'The initial re-rating of the event has happened. If private sector banks were trading at 2-3 times of their book value and PSU banks were trading at sub-book (less than 1 in terms of price/book value), you have brought them up. For some of the bigger PSU banks, now they are trading at 1.4 times book value of the FY19 number. From here on, how you perform in the marketplace ie the RoE (return on equity) you generate from that money will determine the valuation,' remarked Sonam Udasi, fund manager, Tata Mutual Fund.

The Rs 2.1 lakh crore bank recapitalisation plan looks big on paper, but there are many small intricacies that fund managers are not aware of. While people know that this money has been given to make sure that banks can do the clean-up act fast, the structure of how the payouts will happen is not known. 'They can give money to all banks. If money is given to all banks, then nothing much will come out of the exercise. The Reserve Bank of India (RBI) wants the stronger banks to get preference. Logically, both money given for recapitalisation and consolidation (where smaller banks are being merged with stronger ones) should come together. Due to all these reasons, there may now be an accelerated pace to recover stressed assets and NPA resolution. This may cause many banks to make higher provisions, which is why a U-shaped earnings recovery may not happen,' says Udasi.

The list of PSU banks include bigger ones like State Bank of India (SBI), Punjab National Bank (PNB), Bank of Baroda (BoB), Canara Bank, Bank of India (BOI), and Indian Bank as well as smaller PSU lenders like Punjab & Sind Bank, United Bank, Dena Bank, Bank of Maharashtra to name a few. Valuations of PSU banks have always been at a discount compared to private sector or corporate banks and this has become a norm. There are a number of reasons for this. The private sector banks have always matched or outmatched the economy's growth rate while PSU banks were barely able to keep pace. Moreover, their under-writing skills are not at par with their private sector counterparts. Fund managers feel that the government money, which often has been likened to a bailout fund, through bank recap process will not be without strings. There will be aggression and competition in terms of lending rates in the near future.

Slow grind
Sanjay Parekh, senior fund manager - equity investments, Reliance Mutual Fund is of the view that on a more fundamental basis, asset quality resolutions need to happen on a more timely basis. 'We have insolvency proceedings with deadlines set under the process but the entire process is new in India and we need to watch the speed of resolutions on time either through the insolvency proceedings or for the remaining stressed companies through the right mechanism. The ability of banks has improved but that by itself cannot be a sufficient condition though it's a necessary condition,' Parekh said.

Fund managers are positive on larger corporate banks and where the operating profit can facilitate adequate provisioning. Parekh reasons that most of them have strong retail presence and franchisees which are very good. But, few of them also have high corporate exposure and hence higher asset quality issues exist. 'but we think the strength in retail is not getting due appreciation. As the stress gets lower and provisioning levels improve, these banks will do well. Top holdings of Reliance Banking Fund, which Parekh oversees, include HDFC Bank, ICICI Bank, IndusInd Bank, Yes Bank, Federal Bank and Karur Vysya Bank.

Ramnath Venkateswaran, fund manager - equity at LIC Mutual Fund feels that recapitalisation announced by government of India will help public banks in broadly three ways: (1) improve the ability of these banks to resolve their bad debt by undertaking appropriate hair-cuts and 'right size' debt at the leveraged corporates, (2) improved corporate sector balance sheets will help these corporates undertake expansion as and when the demand revives, (3) have the necessary capital base to support higher loan book.

His strategy when it comes to selecting PSU bank stocks in funds in the portfolio is all about getting shares of banks which have been prudent in recognizing their stressed assets early. 'With a healthy pre-provision income (a fair measure for the strength of franchise) are better placed to deliver healthy returns for investors. Banks who have recognized their stressed assets early will carry a higher provision against these assets and are better prepared for eventual resolution of the stressed assets,' noted Venkateswaran.

He agreed that banks with a higher proportion of assets to the corporate sector are likely to see a revival in fortunes for multiple reasons: (1) pace of stressed asset accretion is likely to slow down for the sector and banks who have prudently recognised that the stressed assets are already seeing lower incremental NPLs, (2) incremental provision burden for these banks are likely to fall from the current elevated levels, (3) resolution of stressed assets is likely to boost credit demand as debt on over-leveraged corporates is 'right-sized', which in turn boosts earnings.

Venkateswaran signed off saying, 'Sustainability and durability of this potential rally in these stocks will be determined by the governance, operational reforms that are introduced in these banks'. Making sense of your investments during the COVID-19 crisis How should an investor select a liquid fund?

Check the expense ratios but first analyse the credit quality of the fund, says Dhirendra Kumar Where should I invest Rs 40 lakh for regular income? 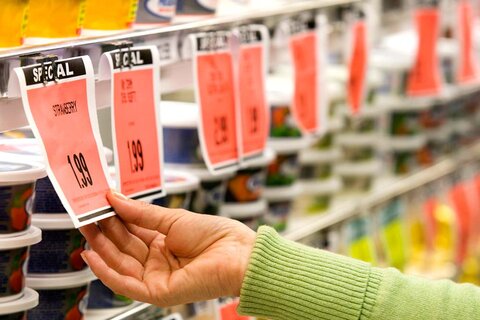