Cochin Shipyard IPO - Should you buy? | Value Research https://www.valueresearchonline.com/stories/34132/cochin-shipyard-ipo-should-you-buy A miniratna with great promise or just an ageing government shipbuilder? Go through our tests to find out

Cochin Shipyard IPO - Should you buy?

A miniratna with great promise or just an ageing government shipbuilder? Go through our tests to find out 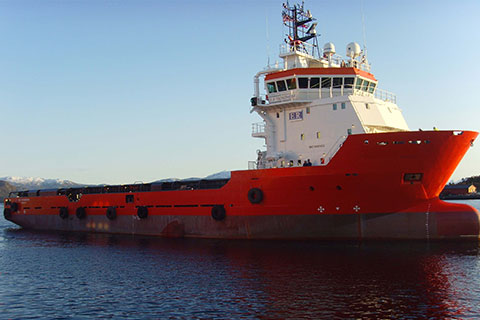 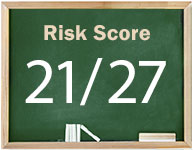 Cochin Shipyard, makes and repairs ships. It is wholly owned by the Government of India and caters primarily to India's defence sector (from which it gets about 80% of its orders).

Cochin Shipyard is India's largest public sector shipyard in terms of dock capacity and is building India's first indigenous aircraft carrier. It was conferred 'Miniratna' status in 2008. Shipbuilding is a slow, capital intensive business. Cochin Shipyard's government ownership allows it to muster the necessary financial muscle for this business. Its revenues have grown at a CAGR of 5.7% over the past five years and its profits have grown at 4.05%. These numbers are not spectacular but look respectable compared to the dire state of the industry as a whole. Its EBIT profit margin at 20% look solid and its margins on the ship repair business are especially strong. The icing on the cake? If you're a retail investor in this IPO, you also get about 5% off.

Cochin Shipyard has about 2000 crores of its of cash and equivalents on its books. It is deploying most of this money and a large chunk of its IPO proceeds (Rs 672.5 crores) for the construction of a dry dock and a ship repair facility. This combined amount at about 2700 crores is 35 times its five year average annual operating cash flows. If this bet goes awry, the company stands to a lose great deal. The shipbuilding sector is in poor shape with many of Cochin's private sector listed peers such as Reliance Defence, ABG Shipyard and Bharati Defence and Engineering struggling to stay afloat. A cyclical revival when the new facilities go live will give investors a substantial payoff but this may not materialise. The projects themselves, as is common with government works can get delayed or exceed their cost estimates.

Where the money will go
Roughly 67% of IPO proceeds (984 crores) will be used for building a dry dock, a ship repair facility and general corporate purposes.
The balance 33% (484 crores) will go to the Government of India. The Government's stake will fall from 100% to 75%.

A discount of Rs 21 (about 5% of the issue price) per share will be given to retail investors. 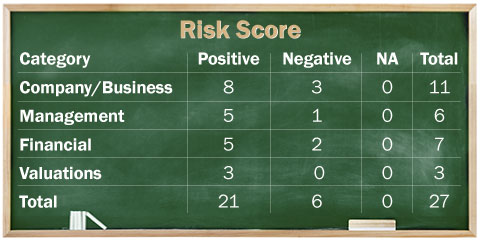 The Verdict
The company has passed 21 of the 27 tests we set it in. Read on to make up your mind.

Company / Business
1. Are the company's earnings before tax more than Rs 50 cr in the last twelve months?
Yes, Cochin's profit before tax for 2017 was Rs 480 crores.

2. Will the company be able to scale up its business?
No, the shipbuilding business is dominated by China, South Korea and Japan which accounted for 91% of the global industry in 2015 in terms of deliveries. Cochin Shipyard is largely dependent on government allocation of funds towards the defence sector. The Make in India initiative may not survive in the long run and government spending on defence may fall or be realigned with other military functionalities. The cyclicality of the business and volatility in prices of crude oil pose major challenges for the company.

3. Does the company have recognizable brand/s, truly valued by its customers?
Yes, the company has a strong reputation in the shipbuilding space, particularly in relation to the defence sector. It has been in existence since 1972. In the past it has undertaken repairs of Indian Navy aircraft carriers such as INS Viraat and INS Vikramaditya. It is also building India's first indigenous Aircraft Carrier (IAC) for Indian Navy. It is also one of the few companies with "Miniratna" status. Miniratnas are Central Public Sector Enterprises which have shown profits in the last three years continuously and have positive net worth.

4. Does the company have high repeat customer usage?
Yes, the company receives repeat orders from the Indian navy and the coast guard.

5. Does the company have a credible moat?
Yes, Cochin Shipyard has a credible moat given that it receives preferential orders from the Indian navy and the coast guard. Being a Government of India company it also receives some confidential orders which can not be given to private players.

6. Is the company sufficiently robust to major regulatory or geopolitical risks?
No, the company is highly dependent on government allocation of funds towards the Indian navy. The Indian navy and the coast guard together accounted for 82%, 90%, 85% of revenues in fiscal 2015, 2016 and 2017 respectively. Failure to procure environmental clearance for its proposed Dry Dock and ISRF projects can adversely affect its business.

7. Is the business of the company immune from easy replication by new players?
Yes, the shipbuilding industry is a very capital intensive business and requires large amount of working capital. Heavy regulation and environmental clearances further add to the entry barriers.

9. Are the customers of the company devoid of significant bargaining power?
Yes, Cochin Shipyard receives major chunk of its orders from the Indian navy and the coast guard. When it comes to confidentiality there are very few players on which government can rely on given the sensitivity of its projects and their security implications. This leaves Cochin Shipyard's customers with very low bargaining power. The company also enjoys very high operating margins which indicates towards low bargaining power for its customers.

10. Are the suppliers of the company devoid of significant bargaining power?
Yes, prices of raw materials like steel are cyclically driven and suppliers can not influence their price.

Management
12. Do any of the founders of the company still hold at least a 5 per cent stake in the company? Or do promoters totally hold more than 25 per cent stake in the company?
No. The Government of India currently holds 100% of the company and post IPO it will hold 75% of the Company. However Government ownership is different from ownership by an entrepreneur and typically does not bring the same dynamism with it. This drives us to answer this question in the negative.

15. Is the company free of litigation in court or with the regulator that casts doubts on the intention of the management?
Yes, we have no reason to believe otherwise. However, one of the part time independent director of the Company was the Managing Director of a company which defaulted on its debt. He is a subject of a criminal prosecution in this matter.

20. Did the company increase its revenue by 10 per cent CAGR in the last five years?
No, the company's revenue increased at a CAGR of 5.7% in last five years. However this growth seems impressive, given the poor health of the shipbuilding industry, excess supply, low demand and volatility in crude prices.

21. Is the company's net debt-to-equity ratio less than 1 or is its interest coverage ratio more than 2?
Yes, net debt to equity stands at -0.92x ((Total Debt - Total Cash and Cash Equivalents)/Equity) which means the company is effectively debt free.

22. Is the company free from reliance on huge working capital for day to day affairs?
No, shipbuilding industry relies heavily on working capital requirements. It takes between 12-48 months to complete delivery.

The Stock/Valuation
25. Does the stock offer operating earnings yield of more than 8 per cent on its enterprise value?
Yes, it offers very healthy earning yield of 12.25%-12.6% based on the lower and upper price band.

26. Is the stock's price to earnings less than its peers' median level?
Yes, it looks like a best placed player operating in the shipbuilding industry since all of its listed peers have negative earnings and are highly leveraged. It has a post IPO P/E of 18.5-18.8x based on lower and upper price band.