Turnaround in the air | Value Research https://www.valueresearchonline.com/stories/32990/turnaround-in-the-air/ The Indian aviation industry is on the cusp of a turnaround. Three factors are responsible for that

Turnaround in the air

The Indian aviation industry is on the cusp of a turnaround. Three factors are responsible for that 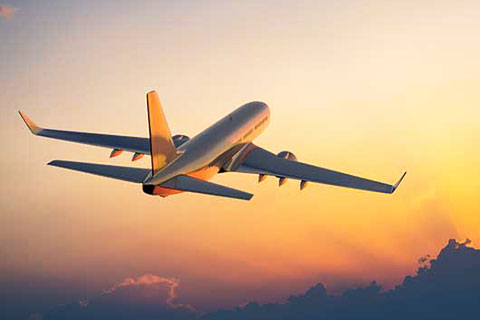 The India aviation industry has had terrible times until recently: Indian airlines accumulated massive losses; Kingfisher went bankrupt; Spicejet nearly defaulted before it was sold; and Air India was given a number of bailouts. The aviation industry has consistently proved to be a value destroyer. For example, Jet Airways has lost on average 5.49 per cent every year for the last ten years, whereas Spicejet has given a return of only 2.19 per cent per year over the same period.

Over the last two years, thanks to rapidly falling crude-oil prices, increasing demand and improving management, almost all Indian airlines have managed to become profitable for the first time in over a decade. Even Air India delivered an operating profit.

Three factors are responsible for this turnaround (see the figures):
Operating performance: Thanks to falling crude-oil prices, all airlines have managed to improve their margins considerably in FY15-16. Although oil prices have started to recover and are expected to go up further, especially after the OPEC deal, they still remain at extremely low levels and are expected to continue to support airlines' operating margins.

Passenger-load factor: A lot of questions have been raised regarding the management of various Indian airlines in the past, but there is the undeniable truth that the operating performance of airlines is improving. The passenger-load factor (PLF) indicates the capacity utilisation of aircraft in use, and there has been a continuous improvement in it from the lows of 63.7 per cent in 2008-09 to the peak of 82.9 per cent, witnessed in 2015-16. This shows improvement in the management of the airlines.

Air travel has become routine for the modern generation and is no longer considered a luxury, which will ensure stable demand. What's more, most of the listed airline stocks are available at cheap valuations. A closer look at them won't be a bad idea.