BSE IPO - Should you subscribe? | Value Research https://www.valueresearchonline.com/stories/32913/bse-ipo-should-you-subscribe/ A legendary name but a greatly diminished business. Read our answers before you make up your mind

A legendary name but a greatly diminished business. Read our answers before you make up your mind 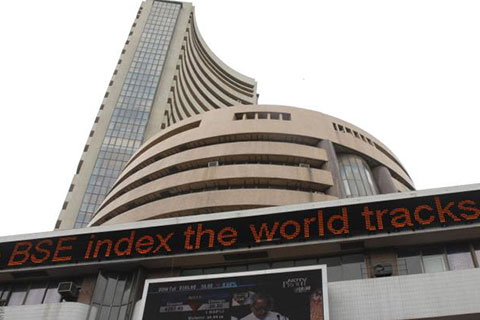 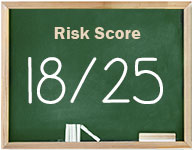 It is difficult to think of a brand more closely associated with finance in India than the Bombay Stock Exchange. Founded in 1875, it has the largest number of listed companies in the world. Their combined market capitalisation makes it the 11th largest in the world, on this measure. But it is also a shadow of its former self. The NSE has eaten its lunch, accounting for 85% of trading in the equity cash segment and almost all derivatives trading in India. The BSE's reach is so diminished that it actually makes a loss on its core operations, compensating for it from its investment income which is 29% of revenues. It is also required to pay 25% of its pre tax profits towards the 'Settlement Guarantee Fund' which is used to guarantee payments if a counterparty to a trade defaults.

On the bright side, the BSE has the power of its name and history. India is a growing economy with growing savings. Increasing numbers of investors are also shifting to equities with last year witnessing the most number of demat accounts being opened since 2008. Companies tend to list on both the NSE and the BSE despite the former's substantially larger size. Its move to set up an international exchange in GIFT city, Gujarat may yield it rich dividends. The real kicker however, is likely to be its 50% stake in CDSL, a depository which it is required by SEBI norms to bring down. A listing for CDSL is therefore, on the cards. If we account for a lucrative price (a PE of about 30) and its huge cash pile, the BSE's valuation does not look very stretched.

However, the BSE's inability to make money from its core operations (listing fees, trading activities etc) hits hard at its investment case. It has lost out on the entire derivatives market and most of the cash market to the NSE. It grew its revenues by a miserable 5% over the past 5 years and each unit of its capital earned an uninspiring 6% return. Its valuations put it about 35 times earnings and 1.8 times book, which is far from cheap.

So should you help yourself to a slice of the pie on Dalal Street? Go through our answers below to find out. 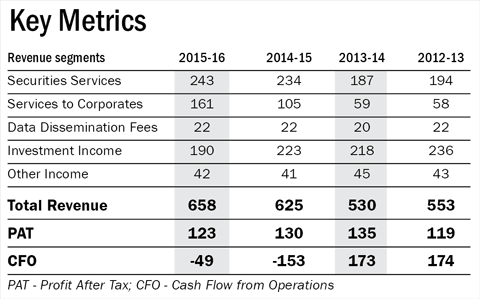 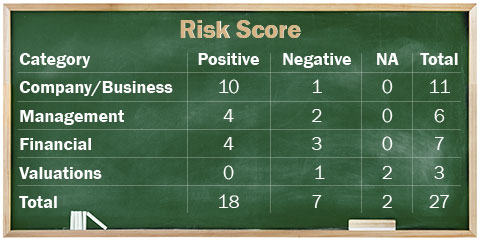 2. Will the company be able to scale up its business?
Yes, only a fraction of India's population invests in financial products. With rising incomes and savings, more people are expected to invest in financial products. The BSE is also opening its international exchange (GIFT city in Gujarat) which will allow it to offer more products and compete with exchanges in Singapore and Dubai.

3. Does the company have recognizable brand/s, truly valued by its customers?
Yes, the BSE is the oldest stock exchange of Asia and is well recognized by investors globally. It is the world's largest stock exchange in terms of number of companies listed.

5. Does the company have a credible moat?
Yes. There are only two major exchanges in India. Companies looking to list on an Indian exchange tend to list on both exchanges (since the liquidity benefits outweigh listing costs) providing a solid moat to the BSE as one of the two.

6. Is the company sufficiently robust to major regulatory or geopolitical risks?
Yes, financial markets services in India are among the more transparent industries. Exchanges are regulated by SEBI and there are clear and transparent rules and regulations that an exchange must follow.

7. Is the business of the company immune from easy replication by new players?
Yes, business of a stock exchange is very hard to replicate. In last century, a number of exchanges did come up but apart from the NSE, none of them were able to attain critical mass. The business of stock exchanges requires a massive network, trust and goodwill which take a very long time to build.

8. Is the company's product able to withstand being easily substituted or outdated?
Yes, the main products offered are listing and trading of securities. Although the manner of offering these services may change due to change in technology, the services themselves are not likely to get easily outdated or substituted.

9. Are the customers of the company devoid of significant bargaining power?
Yes, there are only two major exchanges in India, the BSE and the NSE. Hence, companies looking to get listed as well as investors looking to invest in them, have very little choice.

10. Are the suppliers of the company devoid of significant bargaining power?
Yes, the BSE is a service provider and it has no tangible suppliers of high importance.

11. Is the level of competition the company faces relatively low?
No, there is intense competition between the NSE and the BSE. The NSE has captured almost 100% of the derivatives market and has a much larger share (85%) of the cash trading market as well. The intensity of competition is likely to increase as both companies look to establish international exchange in GIFT city.

14. Is the management trustworthy? Is it transparent in its disclosures, which are consistent with Sebi guidelines?
Yes, there is nothing in the prospectus or the public domain that makes us believe otherwise.

17. Is the company free of promoter pledging of its shares?
Yes, there is no promoter.

21. Is the company's debt-to-equity ratio less than 1 or is its interest coverage ratio more than 2?
Yes, the BSE is a debt free company.

23. Can the company run its business without relying on external funding in the next three years?
Yes, the company is flush with huge cash, deployed in investments unrelated to its business. It's projected investment about 500 cr in next 3 years in GIFT city can be met using internal accruals.