Beat 'em if you can | Value Research https://www.valueresearchonline.com/stories/31049/beat-em-if-you-can Efficient utilization of assets by a manufacturing company potentially signals good management and presence of a moat. Here are the most efficient ones

Beat 'em if you can

Efficient utilization of assets by a manufacturing company potentially signals good management and presence of a moat. Here are the most efficient ones 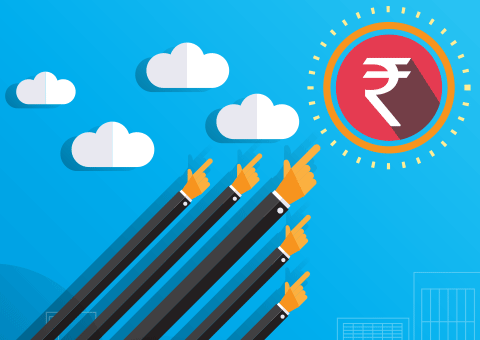 Equity and debt are a company's source of assets. As an investor, we want optimal returns on them. The widely tracked ratios are return on equity (RoE) and return on capital employed (RoCE). From a company's perspective, however, what matters is the total assets which are available to it to exploit as a resource. Hence, one important gauge to measure the efficiency of earnings is to look at the return on assets (RoA) ratio.

Service companies, by nature of their business, are asset-light. A high return on assets is a common phenomenon for them. On the other hand, manufacturing companies' assets are a major driver of their profitability. A consistently high RoA in the case of manufacturing companies means that the company is utilising its assets in the most-efficient way. A high RoA is the result of good management planning and presence of a moat around the product.

We wanted to find those companies that have delivered not only high RoE and RoCE but also a high RoA in the past five years. In the list of such companies, we further refined the results by adding good net margins as another requirement. We were left with just a handful of companies, which are actually the most-efficient manufacturers. One thing common to these companies is that they all have pricing power due to their unique positioning and brands.

Bajaj Corp
Bajaj Corp is the market leader in the light hair oil market, with a volume market share of 58.7 per cent. Its flagship brand Bajaj Almonds Drops, according to IMRB, a market-research firm, is consumed by approximately 12.5 crore individuals on a yearly basis. The secret of its market penetration is the oil sold in sachets. This is like giving an EMI option. This strategy has worked well, especially in rural areas, where incomes tend to be low. The company also leads in the segment of low-unit-price (LUP) packs, with a market share of around 95 per cent. The company has kept its cost structure low and has been able to maintain the pricing power.

ITC
Traditionally, a cigarette company, ITC has moved into many other businesses as it seeks to put its cigarette profits to good use. ITC's pricing power comes from its well-established brands, such as Gold Flake Premium, Wills Navy Cut, Classic, 555, Aashirvaad, Sunfeast, Candyman, Bingo, Wills Lifestyle, Fiama Di Wills, Vivel, etc. And these are just a few of the more than 30 brands owned by the company in the cigarette and FMCG baskets. ITC has almost monopolised the Indian cigarette space, with an estimated 85 per cent market share. Cigarette smokers are so fond of its brands that they generally do not shift to others just because their prices go up by a couple of bucks.

La Opala RG
La Opala is 'tableware' company, which manufactures dinner sets, cutlery, glasses, tea sets, mugs, etc. La Opala has worked upon its products and branding in such a way that they are known as the leaders in their segments. In the otherwise fragmented tableware market of India, which was dominated by unorganised, little-known manufacturers, La Opala has been able to fill the gap with its brands. Probably, it is the first tableware brand in India that customers feel proud of and hence like to show the name 'La Opala' scribed on dining plates. With its quality, design and brand value, the company commands higher pricing and margins as compared to others.

Zydus Wellness
Zydus Wellness is in the consumer-goods space. It has grown from a being a single-brand (Nutralite, a butter substitute) company to one boasting of brands like Sugar Free and Everyuth. The major reason for its efficiency is the premium it commands due to its dominant presence in the fitness and cosmetics segments, thus cornering a major portion of the market share. An ever-increasing inclination of the modern Indian to look great and feel better drives this company's growth. Its vision is to improve lifestyles for those looking for the perfect image at work and play, those who are willing to shun calorie-heavy food and those who are diabetic.