Stars of India Inc | Value Research https://www.valueresearchonline.com/stories/30570/stars-of-india-inc/ While majority of sectors have seen their sales and bottom lines shrink over the year, five sectors have emerged out at the top and bucked the trend

While majority of sectors have seen their sales and bottom lines shrink over the year, five sectors have emerged out at the top and bucked the trend 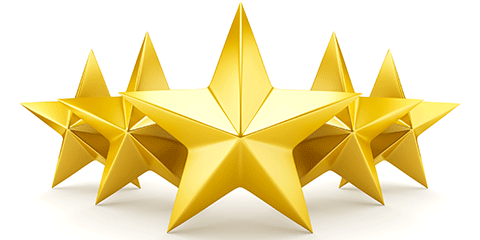 Pharma: The pharma sector reported the highest bottom-line growth, with the PAT up 45 per cent (YoY) in Q3FY16. While large pharma companies continue to feel the USFDA heat on regulatory issues, smaller mid-sized companies are taking the lead. Companies like Torrent Pharma and Alembic are expected to maintain their high-growth momentum on the back of big-ticket launches.

Oil: The oil sector reported the second-highest bottom-line growth of 30 per cent (excluding oil-marketing companies). With crude prices tumbling, you would think that upstream oil companies would be bleeding. That is only the partial truth. Yes, the realisations on a falling crude are down 7 per cent (QoQ), yet the resultant nil subsidy burden has meant that net realisations were actually up by an estimated $7 per barrel (YoY, Motilal Oswal estimates). Under-recoveries are down 83 per cent (YoY), with LPG subsidy fully compensated by the government.

Oil-marketing companies, which had started seeing pricing power in the wake of a fall in crude prices, have seen gains from falling crude decline with the government's decision to hike excise duty to cover its deficits. The excise duty in Delhi, for instance, has been hiked from ₹9.2 per litre in November 2014 to ₹20.48 per litre.

Media: It's good times for media companies, which on aggregate reported 24 per cent (YoY) jump in the bottom line in the December 2015 quarter. The flurry of e-commerce advertising and renewed FMCG push are expected to reflect positively on the performance of media companies. Good times are going around the sector: broadcasters Zee, Sun TV and Dish TV as well as print companies DB Corp, Jagran and Hindustan Media Ventures are all expected to share in the gains from higher advertising in the near term.

Retail: Improved demand is expected to bolster the earnings of retailers Titan and Shoppers Stop. Retailers continued to add to their footprint. Titan added seven Tanishq stores, while Shoppers Stop added two stores. Though building footprint is one thing, a sustained increase in footfalls will be tied to the growth of the economy. Thus, it remains to be seen how economic growth affects the fortunes of the retail sector.

Automobiles: Automobile manufacturers have reported 15 per cent jump in their bottom lines. A fall in input prices from 64.7 per cent in FY13 to 62 per cent in F15, expected to fall lower this financial year, on lower metal prices has contributed to the gains for the sector. Also, helping auto manufacturers is the recovery in demand, especially in the medium and heavy commercial vehicles and the passenger-vehicle segments. A subdued commodity-price environment is expected to continue to benefit auto manufacturers in the near term.