How to spot current performers | Value Research https://www.valueresearchonline.com/stories/30379/how-to-spot-current-performers/ The F-Score, which is a nine-point scale, helps you find out the companies that have outperformed in the last one year

How to spot current performers

The F-Score, which is a nine-point scale, helps you find out the companies that have outperformed in the last one year 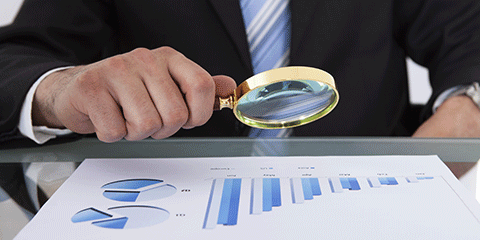 The Piotroski F-Score was devised by Joseph Piotroski, a professor of accounting at the University of Chicago. Piotroski believed that financial strength could be determined by using data solely from financial statements. The methodology was first published in 2000. A company is rated on a scale of zero to nine, nine being the best. A score of eight or nine is considered strong. A score of two or less is weak. Since the score is based on recent performance, we can say it filters out the 'current' outperformer in terms of profitability and financial improvement over the past performance.

Here are the parameters of Piotroski's F-Score.

An important point to remember here is that the F-Score compares current financial performance to previous year's. Any company that slows down, however, financially sound, can therefore have a low F-Score. That is why TCS, Wipro, Divi's, Sun Pharma trail with their F-Scores.

There is documented evidence that picking stocks with the F-Score will take you ahead of the markets. Piotroski observed that a portfolio constructed using this strategy gave an average annual return of 23 per cent over a 20-year period from 1976 to 1996 (picking only those stocks with an F-Score of eight or nine), far ahead of the average S&P 500 index return of 15.83 per cent over the same period.

Hunting for value
After applying the F-Score, we decided to look for value in these high-quality stocks. Therefore, we took in only those names that were trading at a maximum of 1.5 times their five-year median P/Es. With this, we demanded a minimum earnings yield of 3 per cent. After removing low-liquidity names, we were left with the names that you can see at the beginning of this story. These are our handpicked stocks for 2016. 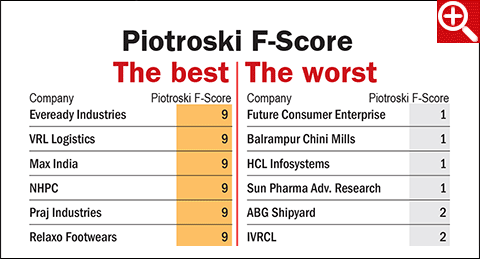