Reason behind Subsiding Subsidies | Value Research https://www.valueresearchonline.com/stories/27962/reason-behind-subsiding-subsidies/ Subsidies to the listed companies in FY14 and FY15 have fallen for the first time in the last five years and thrice in the last one decade

The government spends huge sums on subsidies, which has raised its fiscal deficit over the years. Going by subsidy grants to the listed companies, records show that the subsidy amount has risen by a huge 30 per cent CAGR over the last ten years. In FY14 total subsidy rose to a high of ₹2,54,632 crore. But the silver lining is that the subsidies to the listed companies have fallen for the first time in the last five years in FY14 and have further gone down in FY15. 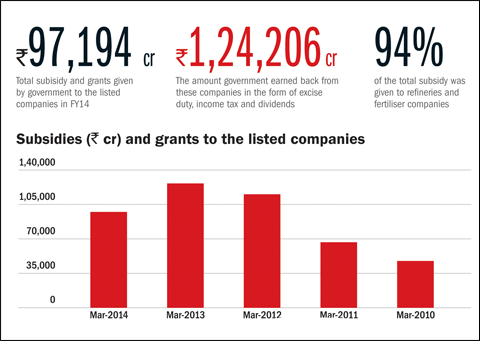