Performance Driver | Value Research https://www.valueresearchonline.com/stories/24866/performance-driver/ Subsidy burden & declining production growth are 2 of the problems that OIL faces. Acquiring assets outside India may be the way out

Subsidy burden & declining production growth are 2 of the problems that OIL faces. Acquiring assets outside India may be the way out

The company also provides laboratory services including testing of natural gas, formation water, effluent water, crude oil, side wall core, bottom hole sampling and PVT analysis. Currently, the company is the second largest hydrocarbon exploration and production (E&P) company of the country and produces over 3.6 MMTPA (million tonne per annum) of crude oil, over seven MMSCMD of natural gas and over 50,000 tonne of LPG annually. 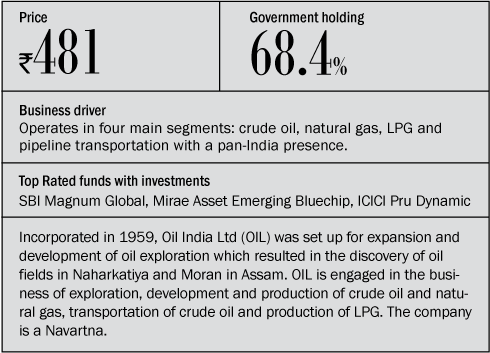 Strengths
Oil India has a domestic acreage spread over 88,927 sq km in over 62 oil and gas blocks. Most of its assets are based in the North-east which accounts from 100 per cent of its crude production and 90 per cent of its gas production. 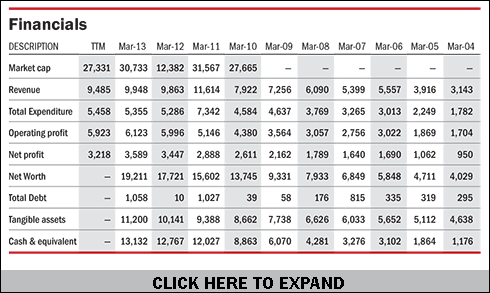 Oil India has a total 2P reserves of 916 million barrels of oil equivalent (mmboe) (March 2013). It has a good track record of increasing its reserves at a faster rate than its production as seen in its reserve replacement ratio which has been greater than one for many years now. But typical of exploration companies hitting maturity, the reserve replacement ratio has been declining in recent years.

To counter the declining reserve replacement ratio, OIL has been on an acquisition spree globally. The company's overseas exploration projects are located in Libya, Gabon, Nigeria, Yemen, Iran and Egypt. OIL also acquired 3.5 per cent participating interest in a Mixed Company to be formed with Corporacion Venezolana del Petroleo (CVP), a subsidiary of state oil company Petroleos de Venezuela S.A. (PdVSA) which is Venezuela's state oil company. It also created a wholly-owned subsidiary Oil India Sweden AB (OILSWED) which is engaged in the exploration and production of oil and gas.

Concerns
Lack of adequate infrastructure coupled with frequent environmental problems are some of the big challenges the company faces. Further, there has been a decelerating in production. Oil India recorded an annual production growth of 3.1 per cent between FY08-13. In the last financial year, production growth declined at 2.7 per cent.

The other hit that oil exploration companies take on their bottom line is on charge of Depreciation, Depletion and Amortisation (DD&A). OIL charged ₹470 crore in the September 2013 quarter towards DD&A charges-up 97 per cent over the previous year and 75 per cent over the immediately preceding quarter. This was high on account of the higher dry well write-off.

Further, OIL saw its subsidy burden move up by 13 per cent to ₹2,230 crore on account of higher production and weak currency. Its share stood at 13.4 per cent of upstream share. The company again suffers when it comes to under-recovery sharing. 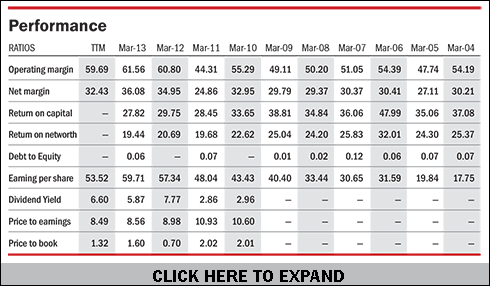 Valuation
Oil India trades at about eight times its earnings. Though OIL's valuation is lower than that of ONGC, it may not necessarily signal value. To make any significant volume growth the company then needs to acquire assets globally. Its global footprint is yet to start making an impact. Till such time, wait and watch this stock.