Should you buy top-up health insurance? | Value Research https://www.valueresearchonline.com/stories/23589/should-you-buy-top-up-health-insurance/ Top-up plans provide the benefit of higher insurance coverage at only a marginally higher cost. They can be a good supplement to your primary health cover

Should you buy top-up health insurance? Top-up plans provide the benefit of higher insurance coverage at only a marginally higher cost. They can be a good supplement to your primary health cover 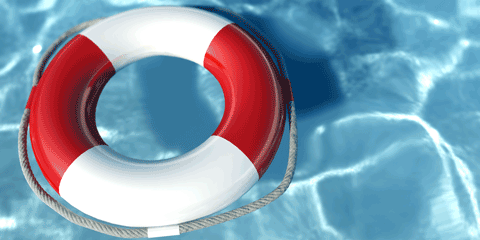 Mr. Sharma had a health cover with ₹3 lakh sum insured. He believed he was sufficiently insured until he got paralysed and the medical bills zoomed past ₹5 lakh. His wife had no choice but to withdraw from funds meant for children's higher education. If Mr. Sharma had taken a top-up plan to supplement his medical cover, his financial goals would not have to be disturbed.

Unlike normal hospitalisation policies, top-up plans come with a deductible or threshold limit. You have to select the threshold limit at time of purchasing the policy, which is the amount up to which you or your existing policy can pay the medical bills. A top-up health insurance plan covers hospitalisation costs beyond the specified limit.

Usually, people undermine the importance of a big health cover with rather feeble arguments: "The present cover is comfortably high and I am healthy enough," or "I can handle medical costs if anything happens." While we may not be able to shake your faith in your health and longevity, the argument that you can handle any medical eventuality may not hold true for everyone.

You may take comfort by believing that being in the organised sector your medical needs will be taken care of by the employers but have you ever wondered what will be the scenario if the coverage offered is not able to meet all your medical costs? Your present cover may be sufficient to pay for small illnesses, but there is always a chance it would fall short in case of a bigger medical emergency. And not to forget that the employer's health cover ceases to exist once you leave or retire.

It's true that a bigger health cover, no matter how necessary, may not fit into everybody's scheme of things. This is where 'top-up' plans come in. They not only cost less but provide high coverage too. How top-up plans work?

Top-up plans can offer sum insured ranging between ₹50,000 and ₹15 lakh, with their deductible falling between ₹30,000 and ₹5 lakh respectively (a value derived after considering all policies available in India). This sum insured will offer protection in addition to the deductible amount which is being borne by another policy or any other source.

A top-up policy -- with ₹10 lakh cover and ₹5 lakh as deductible limit -- can be bought at an annual premium of as low as ₹2,900. On the other hand, a regular health insurance cover for the same amount (₹10 lakh) will cost anywhere between ₹7,450 and 11,650. Top-up plans save more than 50 per cent on premium.

Types of Top-up plans
Top-up plans can be differentiated into two categories.

First, those where the deductible limit is calculated on each hospitalisation. For instance, if a person has a base cover of ₹3 lakh and a top-up cover of ₹5 lakh, he would set ₹3 lakh as the deductible limit as that can be paid from the basic health insurance policy. If he gets hospitalised with a bill of ₹6 lakh, initial expenses up to ₹3 lakh will be paid by basic policy and remaining ₹3 lakh will be covered by top-up policy. A top-up policy does not cover expenses up to threshold limit. In case, he did not have a base policy, he would have to bear the ₹3 lakh bill and top-up policy will cover amount beyond that.

The second category of top-up plans include 'Super top-up policies' where, threshold limit applies to total expenses incurred during the policy period. For instance, if a policyholder with threshold limit of ₹3 lakh and a top-up cover of ₹5 lakh is hospitalised twice, with bills amounting to ₹2 lakh for the first time and ₹2.5 lakh for the second, the super top-up policy will get triggered during second hospitalisation as the total expenses (₹4.5 lakh) cross the threshold (₹3 lakh).

The policy will indemnify the claim with ₹1.5 lakh, which is the amount exceeding deductible. Expenses up to deductible limit will be settled with an existing policy or by the policyholder. United India Super Top Up Medicare policy calculates deductible by adding all expenses incurred in a policy year.

How to choose a Top-up plan?
Higher the deductible, lower would be the corresponding premiums. However, you cannot choose a random figure as deductible limit. This amount should not be more than what you (or your basic health policy) can comfortably pay in case of an emergency.

A simple top-up plan has a drawback too. If the policyholder is hospitalized twice in a policy year, with bills of ₹2 lakh for the first time and ₹2.5 lakh second time, the top-up policy will not get triggered. It would pay only if the bill is higher than the deductible limit in a single hospitalization. Apollo Munich Optima Plus, Bajaj Allianz Extra Care, ICICI Lombard Healthcare Plus, Chola MS Top Up Healthline and Bharti AXA Smart Health High Deductible and United India Top Up Medicare are some of the top-up plans where deductible limit refreshes for each hospitalisation.

Super top-up plans are more useful, because it is possible that a single hospitalisation does not inflate bills, but expenses rise anyway because of increased hospital visits. These plans are more expensive as compared to top-up plans, for eg. United India's Super Top Up Medicare plan costs ₹3,700 annually for ₹10 lakh sum insured with ₹5 lakh deductible for an individual upto 45 years of age. Whereas United India's Top Up policy is priced at Rs 2,900 for same sum insured, deductible and age.

Though the premiums for super top-up policies are higher than top-up policies, the benefit of adding annual expenses (while calculating deductible) outweighs the costs.

Top-up plans intend to act as supplementary policies providing dual benefits of low cost and higher sum insured. These are a boon for those about to enter the senior citizen category, when the probability of falling ill is high and medical expenses are bound to increase. Those who are covered under employer's health insurance policy can also buy a top-up plan for higher protection. A top-up policy is suitable for anyone looking to buy a higher health cover.

This article first appeared in September 2013.