Book value is an important metric in investing | Value Research https://www.valueresearchonline.com/stories/23334/book-value-is-an-important-metric-in-investing/ Many investors, even those that have been in the markets for decades, associate value investing with buying stocks below book value

Book value is an important metric in investing Many investors, even those that have been in the markets for decades, associate value investing with buying stocks below book value 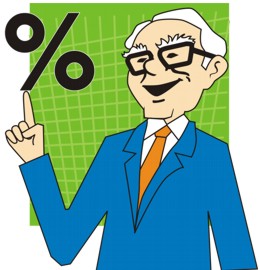 Somehow, the notion that stocks below a Price/book ratio of less than 1 means it qualifies as an “attractive value stock” has taken hold of our collective minds. Many more link this metric to Buffett’s investing style.

Buffett explains the connotation of low price to book and its significance in evaluating a stock. “Whether appropriate or not, the term “value investing” is widely used. Typically, it connotes the purchase of stocks having attributes such as a low ratio of price to book value, a low price-earnings ratio, or a high dividend yield. Unfortunately, such characteristics, even if they appear in combination, are far from determinative as to whether an investor is indeed buying something for what it is worth and is therefore truly operating on the principle of obtaining value in his investments. Correspondingly, opposite characteristics -- a high ratio of price to book value, a high price-earnings ratio, and a low dividend yield -- are in no way inconsistent with a “value” purchase. (Berkshire Annual Letter 1992).

This divergence from giving primacy to the book value is another way Buffett has moved away from the teachings of his professor, Benjamin Graham -- Graham was big into book values. In 2011, Buffett announced that he had bought $10 billion worth of stock in IBM (the IT MNC). This surprised many value investors. Buffet bought IBM for the moat that it possessed and the growth opportunities that lay ahead of it. What is relevant to note is that he paid 10 times book value to buy IBM -- and he made it Berkshire’s second largest holding at the time of purchase next only to his famed Coca-Cola investment. And this investment had come after IBM had already rallied up in the markets at the time!

Regular Buffet followers will have seen, Buffett lists out the book value of his investment firm Berkshire Hathaway every year -- even how they have moved in the past. Here is the reason why Buffett lists out the book value of Berkshire. Berkshire’s operations can be divided into two. The first is the marketable securities that it owns -- and that which is easy to value. The second are the many businesses that Berkshire owns. Buffett values those businesses based on their earnings power. Buffett in this instance lists out the book value to give investors a rough tracking measure of the intrinsic value of the company. “The percentage change in book value in any given year is likely to be reasonably close to that year’s change in intrinsic value” (Berkshire Annual Letter, 1998). What Buffett does not do here is use the P/B ratio to assess the attractiveness of Berkshire stock.

In India, the favourite way to look at publicly traded banks is on their respective book value. At a suitable multiple of book value, banks become attractive or otherwise. Buffett has time and gain reiterated that he totally shuns this method of investing. In an interview with CNBC in 2010 when the interviewer asked Buffett if he would be interested in Citibank because the company was trading cheap (at that time trading at 0.8x times its book value, Buffett brushed aside the idea commenting that in a bank he doesn’t look at the book value, but earnings power which was hard to figure out for Citigroup. We close with a ringing comment from Buffett. “Really wonderful businesses need no book value. Book value is not a great proxy for intrinsic value and it is not a substitute” (Berkshire Annual Meeting 2000).

This is second of the 11 investing myths. Click here to read about the other myths.