Adani. That's it. That's the headline. | Value Research https://www.valueresearchonline.com/stories/51573/adani-that-s-it-that-s-the-headline/ This week in Laughing Stock, we look at ICICI Bank’s performance, the situation in the US, Adani and much more

Adani. That's it. That's the headline.

This week in Laughing Stock, we look at ICICI Bank's performance, the situation in the US, Adani and much more

Woah, did Putin just threaten the entire world? Yes, yes he did. He just said he will nuke the hell out of us if we try to disturb. Now, why are we saying this? The market is falling, Adani is going up, but we always tend to look at the smaller picture. Now is the time to focus on the bigger picture, like "who cares if I lose all my money. Putin is gonna nuke us anyway" attitude. Your pockets will still be empty, but at least you'll have a fake coping mechanism. Now onto the memes.

How Gautam Adani became the 2nd richest person in the world. @hvgoenka pic.twitter.com/u1E7Szi7pk

It takes years for people to be among the top 10 or even the top 25 richest in the world. Gautam Adani took just 2.5 years. Talk about efficiency.

This has got to be true. Everyone disses fixed deposits all the time. But we gotta admit that it has no volatility. The Yellowstone volcano may erupt in two days and you will still get an interest. Take that equity!

Me after buying the dip for the 7,789th time this year pic.twitter.com/6BfPCyLytZ

Let's not pretend, the US is in a recession. India? Bruh, 0 per cent chance. A big fat 0! You can buy the dip bros, just not the wrong stock. 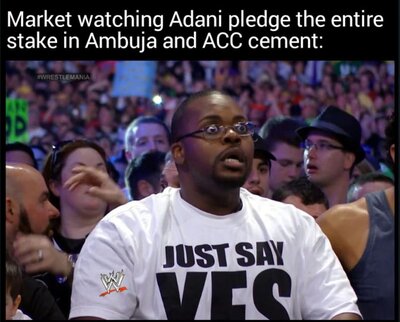 What did just happen?! Did Adani pledge shares worth Rs 96,000 crore and create history? Yes, he did! A record breaker for a reason, damn! 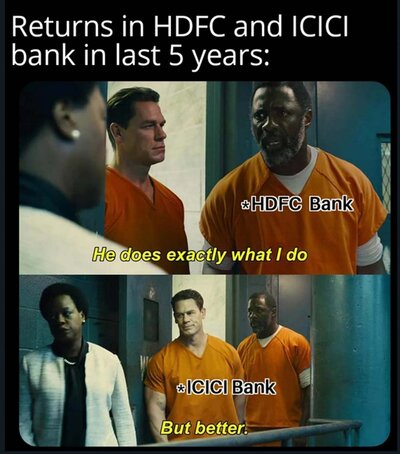 Now, wait a minute. Before fanboys of HDFC Bank come swarm me - yes, ICICI Bank is performing well because of its low base. They had so many issues till 2016 that shares just nosedived. Now a normal increase seems huge because of the low base. HDFC Bank on the other hand? Consistent king. 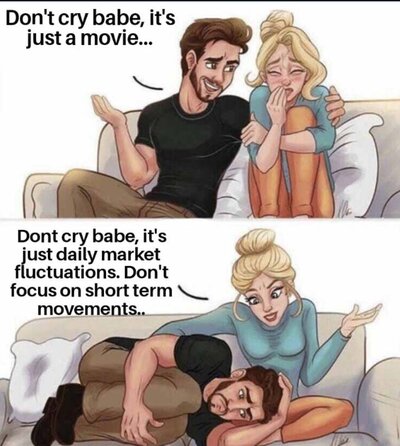 Never, I mean NEVER focus on short-term fluctuations. You will only cry. If Warren Buffett focused on short-term movements and sold his holdings, then he would be homeless right now. He doesn't, and therefore he lives in a small home in Omaha (he doesn't spend much). 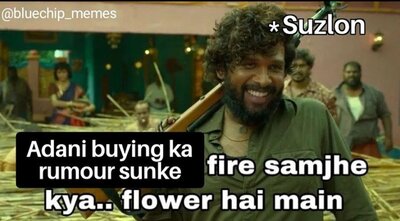 Bruh, even Suzlon is up 30 per cent in the last three months (crying emoji). Like what is even happening yaar? No, please do not invest in this company. PLEASE!

Now, we were talking about focusing on the bigger picture (keep up my friend). What if you are not able to? It takes some training, patience, and expertise. Maybe you have other things to do. So what you can do is, subscribe to Value Research Stock Advisor. Cheap advertisement, we know. But it's our product,, right? We know how good it is. We aren't bluffing. The numbers speak for themselves!