Fino Payments Bank IPO: Information analysis | Value Research https://www.valueresearchonline.com/stories/49930/fino-payments-bank-ipo-information-analysis/ This is the first payments bank to get listed in India. Find out if you should bid for its shares. 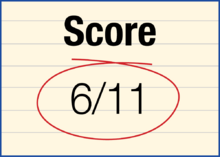 Fino Payments Bank is, essentially, a fintech company offering a diverse range of payment focussed financial products and digital services. Its promoter (Fino PayTech Limited) received RBI's approval to carry on the business as a payments bank in March 2017 and the company commenced operations in June 2017. Being a payments bank, it has to comply with restrictions imposed by RBI such as:

The primary source of revenue for the Bank is the fees and commission it charges for its products and services. Fino's offerings include various types of current accounts and savings accounts (CASA), issuance of debit cards and related transactions, facilitating domestic remittances, open banking functionality, withdrawing and depositing cash (via micro-ATM or Aadhaar Enabled Payment System) and cash management services (CMS). Fino Payments Bank is the only payments bank to offer a subscription-based savings account in India. The Bank's merchants (7,24,761 as of June 30, 2021) also leverage their customer relationships within their respective communities to facilitate cross-selling of third-party financial products and services such as gold loans, insurance, bill payments and recharges. It also manages a large business correspondents (BCs) network (17,430 as of June 30, 2021) on behalf of other banks.

The Bank caters to the "unserved and underserved" population and has grown its operational presence to cover over 90 per cent of districts as of September 30, 2021. According to CRISIL, the addressable market for the Bank was approximately Rs 0.85 lakh crore in FY21 and the market is expected to grow at a CAGR of 16 per cent over the next four years.

Strengths
Asset-light business model: The Bank relies on fee and commission-based income generated from its merchant network and strategic commercial relationships. Such a merchant-led distribution model requires minimal capital expenditure because the on-boarding and setup costs are borne by the merchant. This, along with its focus on technology, enhances the scalability of its delivery model.

Technology-focused: Fino's focus on and use of technology throughout its business helps it in improving its operating leverage as it limits variable costs. The Bank made investments of Rs 13.9 crore, Rs 22.9 crore and Rs 66.9 crore in FY19, FY20 and FY21, respectively, in connection with technology infrastructure. The bank was ranked third among all banks in facilitating digital transactions in February 2020 by the Ministry of Electronic & Information Technology.

High market share in the Micro-ATM segment: Fino Payments Bank had deployed about 51 per cent of the total micro-ATMs in India, as of August 2021. Micro-ATM is a portable device used by a merchant or a BC to connect to his/her bank, authenticate customers and perform transactions. The advantages of using a micro-ATM are that its cost of deployment is low as compared to a normal ATM and it is an interoperable device that can work with any bank (thereby generating fee income).

Risks/weaknesses
Geographical concentration: The Bank generated 43 per cent (as of June 30, 2021) of its income (excluding interest income and income generated from API channel) from the states of Uttar Pradesh, Bihar and Madhya Pradesh. 46 per cent of the bank's own merchants are located in the three states. Any unfavourable development (economic, political or otherwise) in these states can have an adverse impact on the Bank's operations.

Rely extensively on information technology: The Bank is highly dependent on its IT systems and its ability to reliably process a high volume of transactions as well as for critical functions such as risk management and financial controls. Any weakness, disruption, breach or failure in its IT systems may have dire consequences.

High competition: The Bank faces competition across all its segments from all the scheduled banks and non-banking financial companies (NBFCs). Moreover, the laws and regulations for payment banks are more stringent in comparison to NBFCs, thereby limiting their ability to compete. Management
1) Is the company free of any regulatory penalties?
No. In October 2018, the RBI imposed a penalty of Rs 1 crore on the Bank on account of violation of certain licensing conditions and the Payments Bank Operating Guidelines. No other penalties have been imposed on the Bank since then.

2) Does the company provide for its non-performing assets (NPAs) adequately? More specifically, is the ratio of provisions-to-gross NPAs more than 50 per cent?
Not applicable. Being a payments bank, the company is prohibited from undertaking any lending activity.

3) Do the top five managers have stock as a meaningful part of their compensation (more than 50 per cent)?
No. Rishi Gupta (MD and CEO) received ESOPs worth 47 per cent of his total remuneration.

Financial strength and stability
1) Does the company have its fresh slippage-to-total advances ratio at less than 0.25 per cent? (Fresh slippages are loans that became NPAs in the last financial year).
Not applicable. Being a payments bank, the company is prohibited from undertaking any lending activity.

3) Has the company increased its loan book by 20 per cent annually over the last three years?
Not applicable. Being a payments bank, the company is prohibited from undertaking any lending activity.

4) Has the company increased its net interest income (NII) by 20 per cent annually over the last three years? (Net interest income is the difference between the revenue that is generated from a bank's assets and the expenses associated with paying out its liabilities).
Not applicable. Being a payments bank, the company is prohibited from undertaking any lending activity and therefore does not generate any interest income on advances.

5) Is there any direct relationship between the increase in loan book and the increase in net interest income (NII)?
Not applicable. Being a payments bank, the company is prohibited from undertaking any lending activity.

8) Did the company generate an average NIM of more than 3 per cent in the last two years? (NIM or Net interest margin denotes the difference between the interest income earned and the interest paid by a bank or financial institution relative to its interest-earning assets like cash).
Not applicable. Being a payments bank, the company is prohibited from undertaking any lending activity.

Growth and business
1) Will the company be able to scale up its business?
Yes. The bank's unique DTP (distribution, technology and partnership) framework, technological expertise and merchant-led distribution model enable it to reach a vast number of customers in under-penetrated markets while keeping its costs low.

2) Does the company have a loan book of more than Rs 1,00,000 crore?
Not applicable. Being a payments bank, the company is prohibited from undertaking any lending activity.

3) Does the company have a recognisable brand truly valued by its customers?
Yes. Although the concept of brand recall is very limited in banking companies, the company utilises various forms of intellectual property in its business, including 'FINO', 'BPAY' and 'MITRA'.

5) Is the level of competition faced by the company relatively low?
No. Out of the 11 entities that got the licence of a payments bank by the RBI in 2015, only 6 are in operation. The payments banks which are currently operational (apart from Fino) include Airtel Payments Bank, India Post Payments Bank, PayTM Payments Bank, NSDL Payments Bank and Jio Payments Bank. Moreover, the Bank also competes with other scheduled banks and NBFCs offering liability products and other banking products that generate fee and commission income.

3) Is the company's PEG ratio less than 1? (The price/earnings-to-growth ratio (PEG ratio) is a stock's price-to-earnings (P/E) ratio divided by the growth rate of its earnings for a specified time period).
No. Taking into account the EPS growth during March 2018-2021 (32.1 per cent) and a P/E based upon post-issue TTM EPS, the PEG ratio would stand at 6.9.