Aptus Value Housing Finance IPO: Information analysis | Value Research https://www.valueresearchonline.com/stories/49607/aptus-value-housing-finance-ipo-information-analysis/ This South India-based lender is going public. Find out if you should bid for its shares. This South India-based lender is going public. Find out if you should bid for its shares. 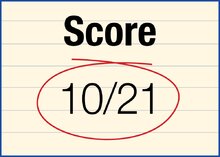 Aptus Value Housing Finance is a retail lending company that targets low- and middle-income consumers having housing requirements. Unlike others, it focuses only on southern states, owing to their higher-than-average GDP growth and primarily serves self-employed customers in rural and semi-urban markets of India. Started in 2010 by Mr M Anandan, who spent two decades in the lending industry and retired as the managing director of Cholamandalam DBS Finance, the company is promoted by WestBridge Capital and Mr Anandan. The company offers loans for purchasing or constructing houses and improving or extending houses. Besides, it offers loans against property and business loans. All its loans are fully secured and the company has never faced any loan fraud in its entire operating history.

Asset quality: With the gross non-performing assets (NPAs) of just 0.68 per cent as on March 31, 2021, the company's asset quality is excellent. And most importantly, this was achieved despite all COVID-related economic disruptions. It ultimately indicates that the company's lending process is quite strong. Even the three-year average GNPA of 0.6 per cent is amongst the lowest in the affordable home-finance industry. Net NPAs and credit costs are also amongst the lowest in its peer group. It has never restructured any loans or written off any loans since its inception.

Balance sheet: Apart from the quality of the loans, the balance sheet is quite strong in terms of its two additional factors. Its capital adequacy ratio (CAR) is 73.6 per cent and therefore, is extremely well capitalised. The company also has the lowest leverage (only 1.1 times its equity) amongst peers and these two factors together give the company a lot of headroom for growth.

Growth history: The company has grown in a spectacular manner. Its AUM has grown at a 42 per cent CAGR during the period FY18-FY21. And at the same time, its profit after tax has compounded at almost 60 per cent. The company plans to continue lending in its existing target segment and increase its target segment only to adjoining areas.

Credit underwriting: The company focuses on unbanked borrowers who don't fall in the ambit of formal banking. Of them, 40 per cent are first-time borrowers, 68 per cent belong to the low-income group (annual income around Rs 3-6 lakh) and 72 per cent are self-employed borrowers. Although the bank's asset quality is stable, the target customer segment is a highly risky category and credit risks could emerge at any point in time.

ALM mismatch: The company's average loan tenure is at about 13 years but its liability profile is much shorter. With a weighted average borrowing tenure of around seven years, the company will have to keep renewing its borrowing profile to continue operations. Any liquidity squeeze could have a serious impact on the company's ability to service its debt obligations. 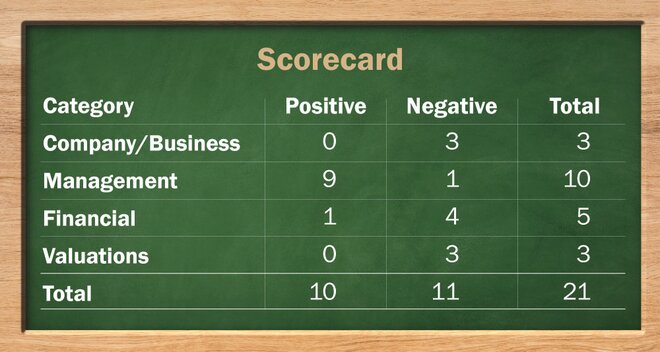 1. Is the company free of any regulatory penalties?
No. The company was penalised by the National Housing Bank (NHB) in the past as it failed to comply with disclosure requirements. But these were not major lapses.

2. Does the company provide for its non-performing assets (NPAs) adequately? More specifically, is the ratio of provisions-to-gross NPAs more than 50 per cent?
No. The bank's provision-coverage ratio for FY21 stood at 27.5 per cent.

1. Does the company have its fresh slippage-to-total advances ratio at less than 0.25 per cent? (Fresh slippages are loans that became NPAs in the last financial year).
Yes. The company's fresh-slippages-to-total-advances ratio was 0.13 per cent.

4. Has the company increased its net interest income (NII) by 20 per cent annually over the last three years? (Net interest income is the difference between the revenue that is generated from a bank's assets and the expenses associated with paying out its liabilities).
Yes. The bank managed to increase its NII at 46 per cent CAGR during the period FY18-21.

7. Can the company run its business without relying on any external funding in the next three years?
No. Any lender will continue to need additional capital to grow its business. But given the company's comfortable capital-adequacy ratio, the quantum of need is not expected to be high.

8. Did the company generate an average NIM of more than 3 per cent in the last two years? (Net interest margin or NIM denotes the difference between the interest income earned and the interest paid by a bank or financial institution relative to its interest-earning assets like cash).
Yes. The average NIM for the last three years for the company has been 10.1 per cent.

3. Does the company have a recognisable brand truly valued by its customers?
No. Indian consumers generally go with the lenders that offer the best deal and also, housing loans don't usually have repeat customer usage.

4. Does the company have a credible moat?
No. The housing finance company (HFC) is much smaller than many of its peers. Also, since there are very few restrictions on becoming a lender, there is no moat that is enjoyed by the company.

5. Is the level of competition faced by the company relatively low?
No. The company faces a lot of competition from other HFCs, small finance banks, commercial banks, NBFCs, fintech players and other unorganised players.

3. Is the company's PEG ratio less than 1? (The price/earnings-to-growth ratio (PEG ratio) is a stock's price-to-earnings (P/E) ratio divided by the growth rate of its earnings for a specified time period).
No. Given the EPS growth during FY 2018-2021 and its post-issue P/E, the PEG would be 1.35.

Creating wealth is everybody's dream, but where to start?