No Alibaba, just the forty thieves | Value Research https://www.valueresearchonline.com/stories/48908/no-alibaba-just-the-forty-thieves/ The Alibaba story appears to be taking a turn that we had warned against at the time of its strange IPO six years ago

No Alibaba, just the forty thieves 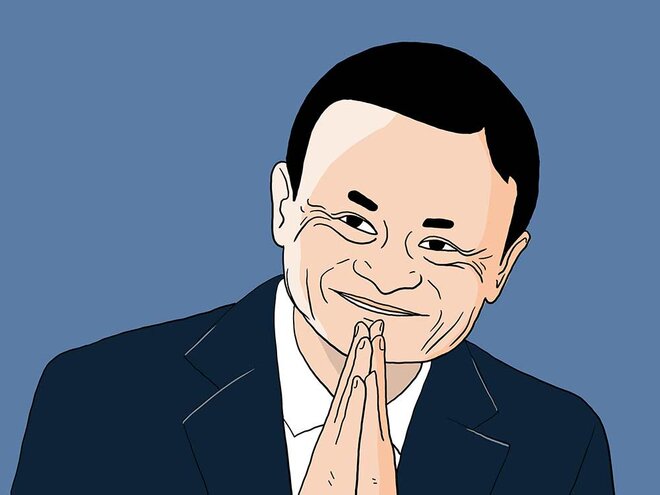 Now that Alibaba founder Jack Ma has disappeared and news is trickling in that the Chinese government is going to nationalise the group, it's interesting to re-read the column I had written in 2014 at the time of Alibaba's IPO. Without a predictable and accountable legal system, it's hard to take a bet on the future. Here's that old column, unchanged:

The Chinese e-commerce company Alibaba has just completed a giant IPO of Rs 1.35 lakh crore. Let me make that sentence more accurate. Alibaba Group Holdings, the Cayman Island based entity, which under some rather ill-defined Chinese laws may or may not have enforceable contractual rights to the profits of a clutch of China-based businesses, has just had a giant Rs 1.35 lakh crore IPO. There, that doesn't sound so good, does it?

Indian investors have long had experience of all kinds of IPO artists. Some of these artists have never had real businesses while others have flourishing businesses in which the promoters somehow always manage to get the better (much better) of ordinary investors. All these artists must now be getting framed pictures of Jack Maa--and his associates, who may or may not be forty in number--put up in their private shrines to light agarbattis every day. In the above corporate structure, the owners of the underlying Chinese company can basically run away with the company in whole or in parts. The most amazing thing is that the worst example of this in the past was when the same Jack Maa did this very thing to Yahoo in the same company in 2009.

Reading up everything that is available on Alibaba and its IPO, the most striking thing is why so few people in financial and media circles are willing to point out that this supposed emperor of ecommerce is in a state of considerable undress. Consider a simple description of what Alibaba is. It's a clutch of websites that provide a web-based marketplace for buyers and sellers to get together. It's also a payment escrow system that allows these people to send and receive payments. It so happens that neither the websites nor the payment system is owned by Alibaba itself. Instead, they are owned by private companies controlled by Maa and his associates! Apparently, it had to be done this way to comply with Chinese laws. Maybe it's time to start importing some of our laws too from China.