'We look for a five-star meal at Udupi prices' | Value Research https://www.valueresearchonline.com/stories/47888/we-look-for-a-five-star-meal-at-udupi-prices/ We speak to Rajeev Thakkar, CIO & Director, PPFAS Mutual Fund about his funds, what he thinks about the Union Budget, and his approach to value investing

'We look for a five-star meal at Udupi prices' We speak to Rajeev Thakkar, CIO & Director, PPFAS Mutual Fund about his funds, what he thinks about the Union Budget, and his approach to value investing

We speak to Rajeev Thakkar, CIO & Director, PPFAS Mutual Fund about his funds, what he thinks about the Union Budget, and his approach to value investing.

What's your view on the Budget in terms of its ability to spur consumption and investment? These have been among the key pain points that have kept the economy from its usual high-growth trajectory.
The budget by itself may not change the trajectory too much. Some issues have persisted in the economy for some time now. Banks have been suffering from their past losses on lending. Some of the corporate groups have had very high leverage, which has put them under pressure. But the clean-up exercise has been going on now. Some companies have gone through the insolvency route. Banks have also written off some of their exposures. So it's a cyclical downturn, where the excesses of the past are being worked through.

In the Budget, I think the government has tried to do what it could in terms of spending money on infrastructure and so on. I don't think it can do much about some of these sector-specific problems, such as real-estate developers being stuck with a lot of unsold homes and offices. To cite another example, people were expecting some kind of automobile-scrappage policy in the Budget, which didn't happen. When asked about it, the finance minister clarified that the Budget is a statement of raising revenue and spending it, and that the sector-specific issues will be dealt with separately. So the Budget itself may not change the economic trajectory so much.

How much of a dampener would the alternate tax-slab regime with no 80C deductions be on the popularity of ELSS funds?
There are two alternatives proposed. One is where people can choose to be in the current tax structure and the other is where people can choose not to avail tax-saving incentives by opting for a lower tax rate. Now people who are in the saving mode, typically the salaried employees, would try to optimise their tax savings and continue to invest in avenues like the PPF, life insurance, ELSS and some others. People who have immediate consumption needs and don't have the room to save may opt for the new regime. But they weren't potential ELSS investors anyways because of their inability to save.

I think it's too early to assess the exact impact but my guess is that people who are anyways not saving or availing the benefits would go for the new system. So, I think that the effect will not be substantial, but we'll see how the next financial year pans out.

The abolition of the dividend distribution tax (DDT) stands to benefit mutual funds. They would now receive the dividend on their underlying holdings without any tax cut and in turn, they won't have to pay any tax, given their tax-sheltered status. Provided the dividends policies of the firms don't change, how much of an impact can it have on returns of an average equity fund?
Your interpretation is correct in the sense that earlier the DDT was deducted by the company itself and now there will be no DDT. So, if a company chooses to pass on the entire benefit by way of higher dividend, that would benefit the mutual fund scheme and ultimately the unit holders as the fund would not pay any tax on the dividends received. If we assume a dividend yield of 1 per cent for an equity scheme in the existing regime with DDT, once DDT is abolished, the dividend yield may go up to, say, 1.2 per cent or an increase in yield by say 20 basis points. That could be the likely extent of impact.

Your flagship Parag Parikh Long Term Equity Fund has done very well in the last couple of years. The outperformance is even more impressive if one compares specifically with value funds. What has worked so well in these times of market turbulence?
The performance over the last couple of years has partly resulted from the caution that we showed in 2017, when people were going overboard with buying some of the lesser quality small and mid caps. Because of our cautious approach, we didn't perform as well back then but we made up for that small underperformance and deployed a little bit of cash as well when the markets went down. Apart from that, the stock selection helped. Some of our big holdings have been doing reasonably well, like Alphabet, HDFC Bank or earlier Maharashtra Scooters and now Bajaj Holdings.

Value investing can mean different things to different people. What does value mean to you?
There are two broad camps of the value investing approach. First is the traditional Benjamin Graham kind of value where you look at absolute cheapness - low price-to-earnings, low price-to-book, high dividend yield or cash bargains. The second school of value is the Buffett-Munger kind of approach, which is to buy quality companies at a reasonable price rather than buying mediocre companies at bargain levels. We follow more of the latter where we look at companies with high ROE, high ROCE, low debt, high margins with pricing power, reasonable amount of growth prospects and then we look to buy them at reasonably attractive levels. To give an analogy, we look for a five-star meal at Udupi prices rather than buying street food.

The mandate of your Long Term Equity Fund permits you to invest up to a third of your assets in international equity. Since it is a very broad universe, what's your approach to pick a handful of foreign stocks that make it to your portfolio?
Firstly, the main purpose of looking outside the domestic markets is to avail opportunities which are not available in India, such as internet companies like Alphabet, Amazon and Facebook which are strong in the global markets.

Secondly, we restrict ourselves to multinationals with global operations, where the products and services are very well-known, and not very small companies operating in niche areas of these markets. Thus, whether one is in the US or outside, there would not be much of a difference in terms of covering those kind of companies. For example, Nestlé has worldwide operations and the products that it sells in developed countries are largely similar to those sold in countries like India. Thus, one knows what the company is doing.

As of now, we have roughly 500 Indian companies and 250 global companies under our coverage.

You keep a bulk of your currency exposure hedged. Wouldn't it be beneficial to let it remain unhedged, given the long-term trend of rupee depreciation against the dollar?
We have a choice whether to hedge the exposure or not. The historical trend is that Indian rupee depreciates against the US dollar on an average by about 3.5-4 per cent every year. That is the kind of return we are able to derive from currency hedging. So effectively, the same return comes to us but in a smoother manner. We did an analysis of our past performance and what our returns would be with and without hedging. Our findings suggest that the actual return with hedging is currently running better than that without hedging.

How different is your investment approach of the recently launched ELSS fund versus the Long Term Equity Fund?
Ideally, we would like to have absolutely the same approach because our belief is that something which is attractive for one should be so for the other as well. But the only difference is that regulations do not allow us to invest in foreign stocks in the ELSS. So the international equity component is missing there. A few additional names would be there in the ELSS fund, but largely there's a big overlap between the two.

What's your strategy with holding cash? Both your equity funds continue to have sizeable cash.
Normally we don't start with a target cash percentage in mind. Whatever is left after we have invested in the ideas which we find attractive remains in cash. Since mid-2018, when the cash plus arbitrage allocation peaked at close to 30 per cent, we have been net buyers virtually every month. Cash is now down to 10 per cent. So, we have been buying on a net basis.

You also often sell futures on your stock holdings. What's the thinking behind this?
The mandate of the fund is to be minimum 65 per cent deployed in Indian equities to qualify for a preferential tax treatment. In situations where we are falling short of that, we need to top the difference up to 65 per cent. So we enter into cash futures arbitrage trades, which helps us achieve that threshold domestic equity allocation.

This is clearly disclosed in the fact sheet, where we segregate the portfolio across core equity holdings and arbitrage positions. In arbitrage, the futures would exactly be equal to the underlying equity. So, there is no net exposure and whether the stock goes up or down, we will typically make money-market kind of returns from that investment. This component works exactly like the other arbitrage funds work.

You run a tight product basket of just three funds - one liquid, one multi-cap and one ELSS. Any plans of launching a hybrid?
Nothing on the horizon as of now. But one interesting factor is that when we look at the Long Term Equity Fund, some of its metrics on the risk side are comparable to that of hybrid funds, given that we diversify across geographies. Whether you look at the standard deviation or the beta or draw-downs, in some cases, it is better than some of the hybrid funds. So, I think that the diversification in equity across geographies itself takes care of the risk mitigation aspect to an extent. 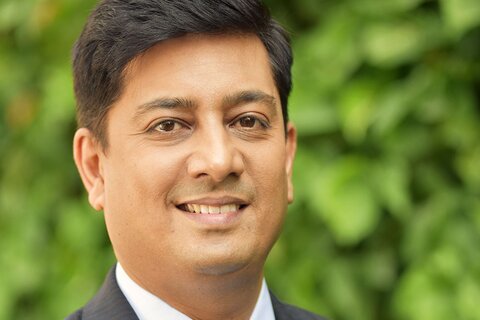 We speak to Harsha Upadhyaya, CIO - Equity, Kotak Mutual Fund, about the reasons for his funds' success 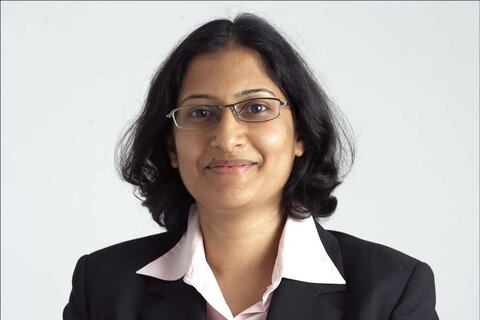