How to become a crorepati | Value Research https://www.valueresearchonline.com/stories/46077/how-to-become-a-crorepati/ Heres how Anshuman grew his money to over Rs1 crore and how he lost a chance of adding another crore to his corpus In 2004, when Value Research reader Anshuman Garg started his journey into the exciting world of mutual funds, he started with a lone zero. After a 14-year relationship, 43-year old Anshuman today is a crorepati thanks to his regular and disciplined mutual fund investments. Just few more years and this Delhi resident is confident of an early retirement. Let us read his riveting tale of wealth creation and try to decipher his secret sauce.

Anshuman started saving from his very first job as an accounts executive in 1995, immediately after completing graduation. Those were the days when mutual funds were at a nascent stage. So, like everybody else, Anshuman looked at other options. He started a recurring deposit of Rs100, which fetched him modest returns. Then in around 1997, he invested Rs5,000 in IDBI deep-discount bonds, which got him around 10 to 12 per cent.

It was not until 2004 that Anshuman had his tryst with mutual funds. His interest in mutual funds brought him to the mutual fund industry. He became an advisor in a distribution house. "My first mutual fund investment, of Rs10,000, was in the NFO of Principal Dividend Yield Fund in September 2004. Its two-year annualised return was 12 per cent. It was good but Dhirendra Kumar of Value Research told readers why we should avoid NFOs. In those times, SIPs did not have the ECS facility. So, one had to give cheques. I was investing in all sorts of NFOs in 2005. Then I decided to take up Dhirendra-ji's advice of purchasing units only in existing funds," says Anshuman.

His perspective totally changed after he started regularly reading the Value Research website and the magazines. Firstly, he started investing through SIPs. Two, at a time, he invests only in two-three funds. Three, Anshuman realised that investing slowly but regularly is more important. "It does not matter how much you save, what matters most is for how long you will save. Most people think they need lots of money to start with, what they actually need is lots and lots of time," he says.

In June 2017, Anshuman's personal portfolio crossed the magical figure of Rs1 crore. He has invested about Rs50 lakh over the last 13-14 years. His portfolio went through a shake-up in 2015, when he redeemed his non-direct investments. That is the time when he went direct.

"My father used to write down household expenses daily in the evening. This helped him to keep a check on the monthly budget. Since my marriage, I have also been following the same practice," says Anshuman. This practice controlled expenses and let him invest more.

Today his biggest allocations in terms of value are in BNP Paribas Multicap, Franklin Smaller Companies and Sundaram SMILE funds. His other funds are ICICI Prudential Value Discovery, HDFC Equity and HSBC Small Cap. He also has some exposure to a balanced fund from DSP BlackRock, where he invested last year. For his daughter, who is in third standard, Anshuman has a monthly SIP in Reliance Small Cap Fund, where returns so far have been to the tune of 16.65 per cent. His daughter's education is a top priority for him.

Talking about how he uses fund ratings, Anshuman tells us that he typically invests in a top-rated fund (four or five stars) that has seen slow returns. "The fund has to be top rated but it should not be in top two quartiles in terms of performance. Sometimes such a fund may get a rating downgrade also. My experience shows that investments in such funds do well as they rebound very strongly," reveals Anshuman.

Currently, Anshuman's portfolio has an overall annualised return of around 11 per cent due to a sharp correction in small and mid caps in the last few months. "On January 31 this year, my portfolio worth was Rs1.28 crore. But then the carnage in mid and small caps happened. There is a loss of Rs20 lakh in the last five months. But I am not worried because I am an SIP investor. I have seen the 2008 fall. If markets fall more, I will take more exposure. I don't buy aggressively but add tactical positions when required," he says.

Anshuman is waiting for markets to correct. "If it does, it will be good for long-term investors. I had exited direct equities in 2006. Then 2008 happened. I was not afraid. I did SIPs in JM Emerging Fund. It was very volatile in 2008. I invested Rs10,000 per month, aggregating to Rs1.2 lakh. My investment doubled in two years," says a proud Anshuman.

Gold as an asset class has been of no use to him so far. "I had taken exposure to gold funds about three-four years back. It was through Reliance Gold Savings Fund and I had invested Rs1 lakh through SIPs. Later I redeemed the money and put it into Sundaram SMILE Fund," he added.

Anshuman is planning to retire early. That's one of his biggest financial goals. "I will retire early. Let's say when I am about 48 years, so four years more. This could have happened much earlier if I had not made that Rs40 lakh sub-optimal investment in a flat in 2011. That investment will mature by the end of this year. I plan to deploy the proceeds in balanced schemes which can give me regular income over a period of time," the die-hard mutual fund investor says. According to Anshuman, instead of real estate, if he had invested the Rs40 lakh funds in mutual funds (the current value of the flat is Rs60 lakh), he would have seen his investment more than double to Rs1 crore. "I missed a chance to earn an extra Rs1 crore," he rues. 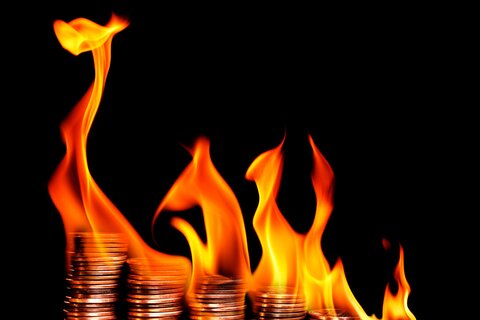 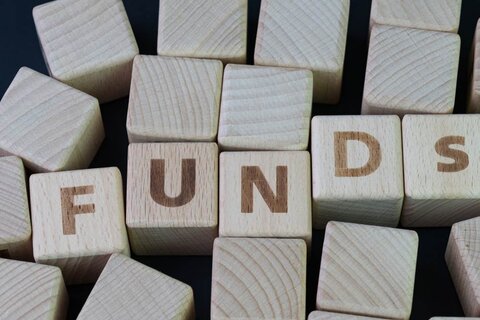