Beta and R-Squared | Value Research https://www.valueresearchonline.com/stories/3786/beta-and-r-squared/ For a given change in the market, what returns can you expect from a fund? Beta and R-squared answers this question For a given change in the market, what returns can you expect from a fund? Beta and R-squared answers this question 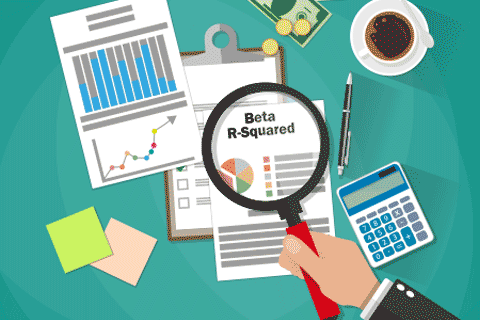 How often have you tuned into a business channel or opened the pages of a pink paper to be told where the markets are headed? The word currently going around is that markets should move up by approximately 25 per cent in the next year. This seems so reassuring. Wouldn't it be equally reassuring if one could get an indication of how a fund would perform in the future? Especially when all performance data is just an indication of how a fund has performed in the past. And more so when this 'past performance' is accompanied by the warning that it may or may not be replicated in the future.

There are statistical tools, which can give you an idea of how a fund will move in relation to the market. Beta is a statistical measure that shows how sensitive a fund is to market moves. If the Sensex moves by 25 per cent, a fund's beta number will tell you whether the fund's returns will be more than this or less.

The beta value for an index itself is taken as one. Equity funds can have beta values, which can be above one, less than one or equal to one. By multiplying the beta value of a fund with the expected percentage movement of an index, the expected movement in the fund can be determined. Thus if a fund has a beta of 1.2 and the market is expected to move up by ten per cent, the fund should move by 12 per cent (obtained as 1.2 multiplied by 10). Similarly if the market loses ten per cent, the fund should lose 12 per cent (obtained as 1.2 multiplied by minus 10)

So beta seems to be just what the doctor ordered. But as in the case of all things which seem to be too good to be true, there is a catch. The problem is that beta depends on the index used to calculate it. It can happen that the index bears no correlation with the movements in the fund. Thus if beta is calculated for large cap fund against a mid-cap index, the resulting value will have no meaning. This is because the fund will not move in tandem with the index.

Beta and R-squared should thus be used together when examining a fund's risk profile. They are as inseparable as risk and return.