Gandhijis second monkey | Value Research https://www.valueresearchonline.com/stories/35741/gandhiji-s-second-monkey/ As long as financial literacy programs are based on the see no evil principle, theyll be mostly useless 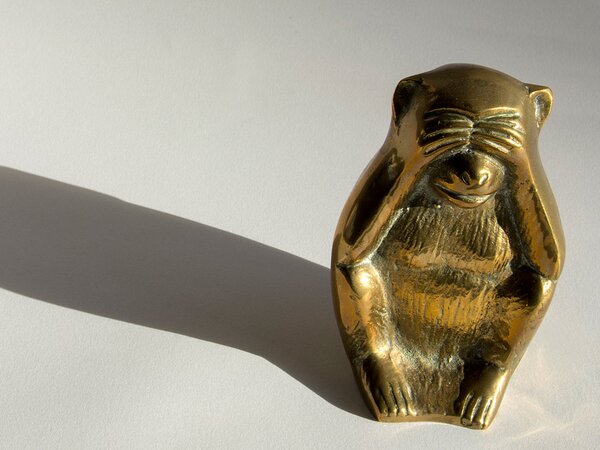 As long as financial literacy programs are based on the 'see no evil' principle, they'll be mostly useless We have a deep belief that more knowledge must be more useful. There can hardly be any doubt that the more you know, the better it is. The strange thing is that in personal finance, it's easy to doubt this idea. In 2006, a research study in America actually found that individuals who were financially literate were more likely to fall victim to financial fraud than those who were less literate. The research found that those who became victims of fraudulent investment schemes had a higher score on a standardised financial literacy test than those who hadn't been such victims. The gap was a statistically significant 27 percentage points. There's no equivalent Indian study that I know of, but this is similar to what I have observed among savers and investors in India.

However, I think the problem actually lies in the meaning of the term 'financial literacy'.

Look at it this way. By definition, if a person is making bad personal financial decisions, then he or she are not financially literate. Whatever knowledge they possess, it is not actual functional financial literacy. It's really the same issue as almost all education in India. One comes across MBAs who do not have even a rough idea of, for example, what India's population is, or how to calculate a percentage. Such a person may have a piece of paper that makes some educational claim, but he is actually illiterate. Similarly, a person who can pass a standardised test of financial questions, but cannot functionally manage his or her savings, is not financially literate.

So does that mean that there's something wrong with financial literacy programs? In all such programs, people learn the basics of money, financial planning, different avenues of investment, insurance, loans, deposits, interest, etc. How can learning about these things actually make one more susceptible to financial fraud? The simplest explanation may lie in the saying 'a little knowledge is a dangerous thing'. This learning gives them confidence to be more adventurous, and that turns out be dangerous.

Here's why. Almost all financial literacy programs focus on what the saver should do, but pay no attention to what he or she should not do. Moreover, all of them conform to the view that there is no fundamental problem with the various entities which are selling you properly regulated and organised financial services. Supposedly, if you don't get involved in chit funds and emu farming and things like that, you'll be OK.

This is the view of the financial world which is based on the behaviour of Gandhiji's second monkey. Since all personal financial services are regulated by some government regulator or the other, no harm can come upon the saver who avails of any such service. It's a no-criticism model of education, which is committed to not saying anything negative about anything which is otherwise legal.

Unfortunately, this is nonsense. In reality, financial service providers have no interest except to maximise their own earnings while sticking to the bare minimum letter of the law. The interesting thing is that those who are completely conservative about financial choices, and simply won't use financial products apart from the conventional ones that their grandparents used, are relatively immune to such problems. However, sticking to PPFs and FDs is also not a solution because what you gain on one side will be eaten away by inflation on the other.

What is needed is a real financial literacy program. An aggressive, negatively-oriented financial literacy syllabus which tells people what not to do. Obviously, this won't be delivered through conventional channels. We will either learn through our own bitter experiences, or through those of others.