Myth: You can't lose money in SIPs | Value Research https://www.valueresearchonline.com/stories/34936/myth-you-can-t-lose-money-in-sips/ Like any other market investments SIP has its share of risks. Here are some simulations which tells you how it is done

Like any other market investments SIP has its share of risks. Here are some simulations which tells you how it is done 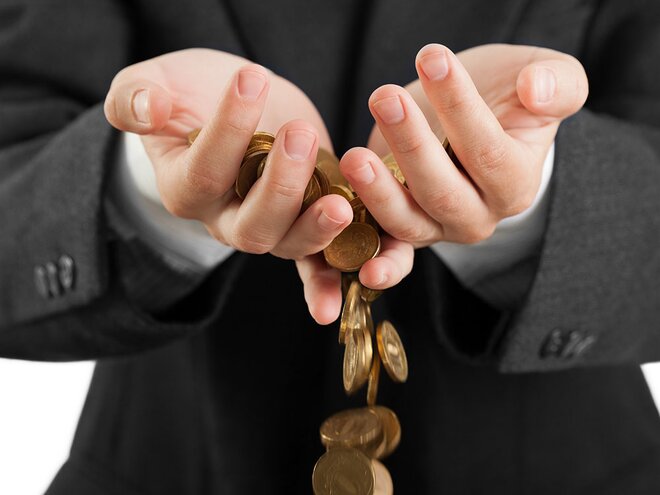 The popularity of SIPs is one of the big success stories of this market boom. Data from AMFI shows that monthly SIPs funnelled Rs 5,516 crore into mutual funds in September 2017, with the industry now adding 8.8 lakh SIP accounts every month. This is certainly good news. At the market peaks in 2000 or 2008, small investors suffered big wealth destruction after committing lump sums to equity funds just before a crash. SIPs prevent such timing mistakes and help average one's investments over a period of time.

But while SIPs may average the cost of your investments and reduce the degree of losses if the markets tank, they don't completely erase the possibility of losses. Many new SIP investors aren't aware of this. When you warn them of the risks of equity investing, they often come back with - "But I am investing through SIPs, how can I lose money?"

Well, you can. And here is the reason for it. Whether you make profits or losses from an SIP depends on whether the average NAV at which you exit your fund is higher than the average NAV at which you bought it. When you initiate an SIP at an already high Sensex level, your average cost of acquisition is automatically high, which means that you can make money on your investments only if the Sensex heads further North after you began your investment.

Due to this start-stop-start nature of stock-market returns, it is quite possible for investors who initiate SIPs in a rising market to witness losses if the market goes through a corrective or consolidation phase. But the trick to making money from SIPs lies in not panicking when your investment shows losses and hanging on with the confidence that the fund will pay off over the long term.

A few months ago, Value Research did an exhaustive analysis of how SIP investing has actually panned out for Indian investors in the 25 year period from 1992 to 2017. We simulated SIPs for all possible rolling time periods from one year to 10 years for all the 217 diversified equity funds in existence that had a 10-year record.

Our analysis showed that if you ran SIPs for 12 months, 24 months or even 36 months, SIPs did not guarantee zero losses on your portfolio (see Figure 1). Investors who ran SIPs for one year suffered losses 22.5 per cent of the time in this 25 year period, those with two-year SIPs witnessed losses 16 per cent of the time and the ones with three-year SIPs suffered losses nearly 10 per cent of the time. But investors who persisted with SIPs for four years or more saw the probability of losses shrink nearly to zero. A further analysis of best and worst case return scenarios showed that five to 10 year SIPs delivered the best outcomes for investors, earning a minimum 4 per cent return and an average of 15 per cent. 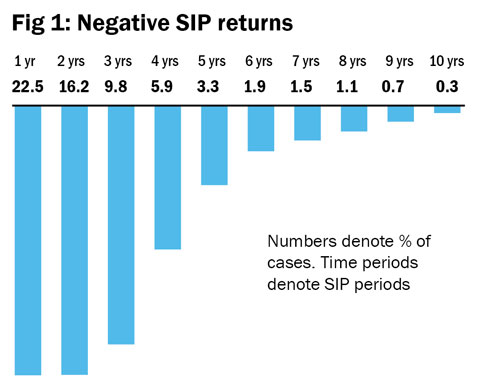