Putting them in order | Value Research https://www.valueresearchonline.com/stories/34438/putting-them-in-order/ Having applied the above-mentioned stringent filters, we further ranked companies to arrive at the final 100

Putting them in order Having applied the above-mentioned stringent filters, we further ranked companies to arrive at the final 100 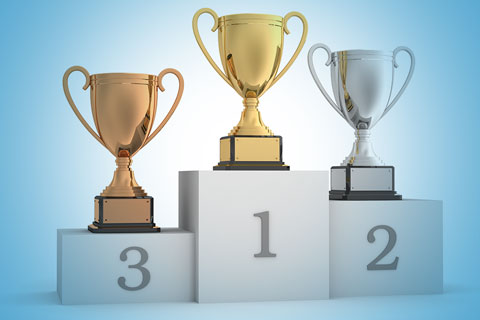 On to the rankings now. We ranked the final names that made through all the earlier mentioned cuts on the following parameters.
First, companies were ranked on the basis of highest trailing operating margins.

Then, companies were ranked in the order of the highest average operating margins over the last ten years were ranked.

Finally, they were ranked on the basis of consistency of long-term margins. Those with the lowest coefficient of variation were ranked highest.

To arrive at the 100 most profitable companies, the above three rankings were given equal weightage and combined.

The objective behind ranking on the above three parameters was to ensure that we don't focus on a single parameter like short-term margin performance but rather take a holistic view of the data, thus giving due importance to sustainability and consistency. The following pages list out the country's 100 most profitable companies.