The gold problem | Value Research https://www.valueresearchonline.com/stories/33956/the-gold-problem/ Gold is deeply embedded in our way of thinking about wealth and investment. This needs to change Gold is deeply embedded in our way of thinking about wealth and investment. This needs to change 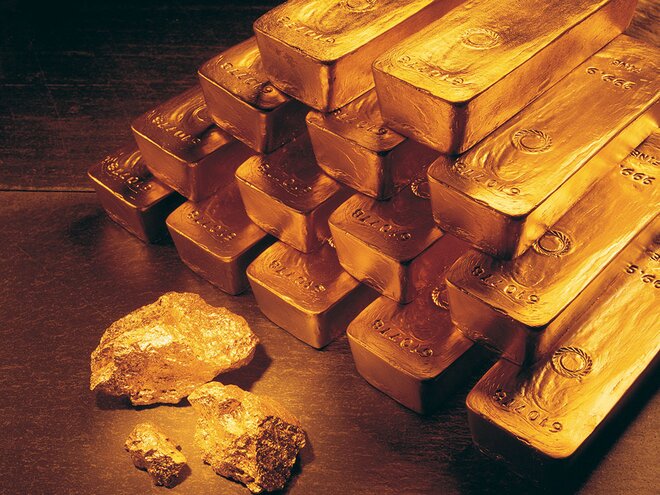 Buying gold is the oldest kind of investing activity and yet it's the one about which opinions are the most polarised. There's the traditional Indian view of gold, that gold is an excellent passive investment, protection in bad times and households should invest in it. In this view, gold is seen as an easily bought and easily liquefied asset that can be relied upon to appreciate well. The second view is that gold is a commodity to be traded like other commodities. This is the view taken by punters and professional traders but is the least relevant to the individual saver.

The third view, which I think makes the most sense, is that while gold can certainly be viewed as an investment, it's just not a very good one. Not only do the returns tend to be poorer than other investments, there are fundamental reasons why this will always be the case.

The reason that gold cannot be an investment is that it belongs to a class of investments that will never produce anything. Any growth in its value depends entirely on the belief that someone else will pay more for it eventually. Gold is an unproductive asset. Unlike shares or bonds or deposits, money that you invest in it does not contribute to any kind of economic growth. A pile of gold will stay the same pile of gold no matter how much time passes. An equivalent amount of money deployed in a business or any other productive economic activity will generate actual wealth and will grow larger in a very fundamental way. The only use of gold is some industrial applications but those are satisfied by just a small part of its production and this demand plays no role in its price. The value of gold has always been driven by the fear that other asset classes will lose value and this has driven up the relative value of gold.

Does that mean that no one should ever invest in gold? I would say that anyone who reads this column should never do so. If you have access to a modern financial system with all its options of a large variety of asset classes, then you should not invest in gold. Gold makes sense only for those who have no access to or no trust in the financial system. Gold is best viewed as an alternate currency. You must remember how during the demonetisation period, there were stories of housewives who had secretly squirreled away large amounts of cash. I myself know of one who had kept more than Rs 10 lakh safe from a do-nothing husband. That's the kind of person who could have done better with gold instead of cash. It would have maintained value better than cash, and as it turned out, would have been safe from being demonetised.

This is an extension of the 'bad times' reason for keeping gold. Within the last 100 years, many different parts of the world have undergone some kind of an upheaval that has led to a breakdown of society and institutions. In these circumstances, physical gold is a currency that can survive when paper currencies do not. It's essentially a currency which is somewhat better, in some ways, than actual currencies.

Of course, in India physical gold has served yet another purpose which is a variation on this, that of keeping wealth away from taxation. In the hours immediately after the Prime Minister announced demonetisation, the crowds of customers that materialised at jewellery shops are testament to this. In fact, I would say that in India, purchase of large amounts of gold is mostly limited to those with cash to hide.

If you are unable to overcome the lure of gold and want to invest in it, then there are more modern, trouble-free forms of 'paper gold' available. There are gold-backed mutual funds available from many mutual fund companies which closely track the value of gold. However, if you don't mind locking money away for up to eight years, then the Government of India's gold bonds are a great option. These are issued from time to time and their value increases exactly with gold, plus there's an extra interest of 2.5 per cent per year. Moreover, unlike gold mutual funds, the gains from the gold bonds are tax-free. This makes them the exact equivalent of holding gold, except with a 2.5 per cent a year bonus.

It's hard for people to accept that gold is not a good investment. Thousands of years of human culture certifies gold as wealth, as a currency that survives all the vicissitudes of history and economics, and not without reason. Gold is a kind of social construct--it has value because everyone thinks it has value. Pointing out that such a belief is irrational or that its rate of return is poor is not going to make a big dent in such beliefs. Still, it's something worth being aware of, and hopefully thinking about.