Making a double-digit return | Value Research https://www.valueresearchonline.com/stories/33910/making-a-double-digit-return/ What are the chances of getting to that 10 per cent (and above) annualised return with an SIP? We tell you

What are the chances of getting to that 10 per cent (and above) annualised return with an SIP? We tell you 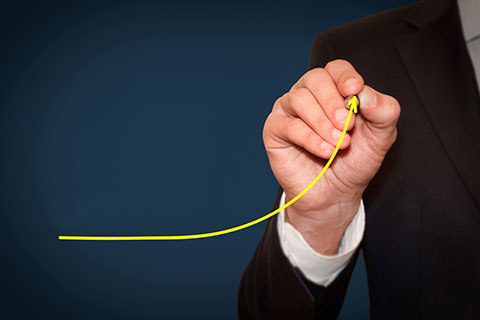 Right, so we've empirically proved that SIPs, especially those running for four or more years, do away with the spectre of capital losses. But then, you don't invest in equity funds to avoid losses. You do it to earn a double-digit return. So what are your chances of getting to that 10 per cent annualised return with an SIP? 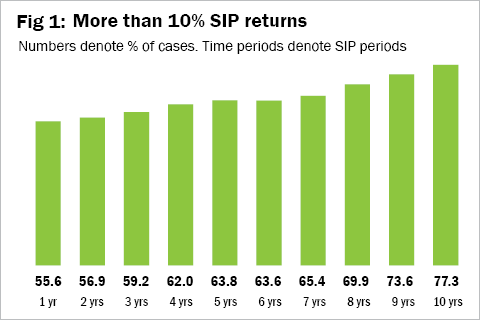 No wonder then that many seasoned investors who have been investing in equity funds for that long swear by this investment vehicle.

Does all this mean that you can only aspire for a 10 per cent return? Not really, that's the minimum floor we used for the above finding. The number crunching actually shows that the typical SIP delivered a 15-19 per cent return to the investor.

The shortest SIPs (one year) delivered the highest 'average' return, at 19.7 per cent. But then, that's like the famous joke about the seven-foot man drowning in a river with an average depth of six feet! If you landed up with the worst fund over the worst-possible year, you could lose a lot of money with one-year SIPs. A minimum five-year SIP again appeared ideal. It managed an average return of 15.1 per cent and also ensured that even the worst-case show didn't earn you less than a savings-bank return!

This is the third of a 5-part series on the secrets of SIPs.