Loss-proofing your SIP | Value Research https://www.valueresearchonline.com/stories/33901/loss-proofing-your-sip/ What are the odds of an SIP resulting in negative returns? Find out

What are the odds of an SIP resulting in negative returns? Find out 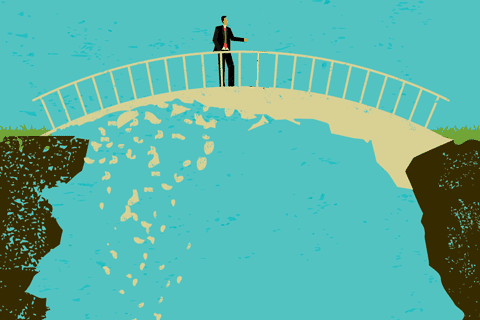 Equity investments always conjure up the spectre of capital losses in investors' minds. And they're not wrong to have these fears.

Held for short periods, equities in India have subjected investors to losses quite often. If you study six-month returns on the Sensex since the index was flagged off in April 1979, of the 13,900 periods, as many as 2,269 yielded a loss worse than 20 per cent - a one in six likelihood of a sharp loss. If you just happened to catch such a market phase at the beginning, then you would end up losing a big chunk of your capital immediately after you invested. Yes, if you held on, you would eventually recoup it. But in practice, most investors would panic and pull out their money, making their loss permanent.

SIPs help you to avoid the pitfalls of such terrible timing by phasing out your entry into the stock market over a period of time. But what's the probability of losing money even after you do an SIP? And how long should an SIP run on to guarantee a positive return? 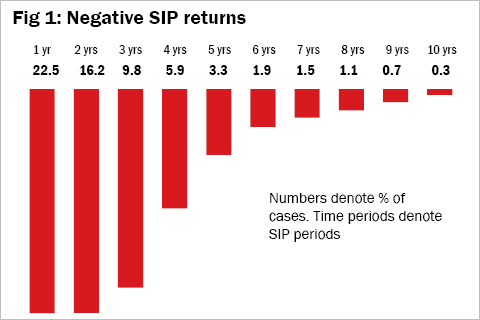 These findings essentially tell us that if you run an SIP for four years or more, you had a 90 per cent plus chance of ending up with a positive return. The explanation for why this time period works is quite simple. Past experience tells us that the bear markets in India typically lasted for 12 to 24 months at a time. Therefore, a three-year SIP allows enough time for the market to bottom out and get back to its starting point. By the fourth year, the next bull phase is usually on, allowing your investments to edge back into the green. 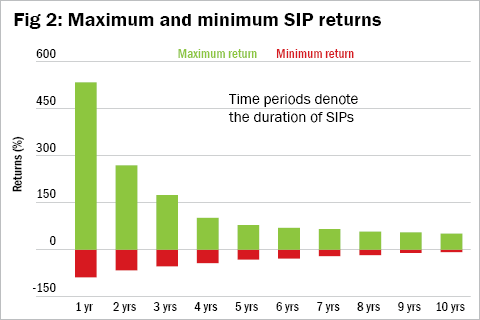 There's another good reason to stick with your SIP for at least four years. We found that when you stay with SIPs for four years or more, even your worst outcome from the SIP isn't too bad. For a typical fund with a multi-decade history, we found that the maximum return over all possible one-year periods was 534 per cent (see Figure 2). That sounds great. But in the worst case, investors also lost as much as 88 per cent within a single year. Over two years, the the best and the worst returns were 269 per cent and a negative 66 per cent, respectively. Over three years, the best show was 174 per cent returns and the worst a 53 per cent negative return. Over five years, while the best outcome was 79 per cent, the worst investors did was get a negative 32 per cent return. Over ten years, the best return was 51 per cent, while the worst return was a negative 8 per cent. These are all annualised figures. The trade-off is crystal clear - the shorter the period, the higher the potential gain but higher the risk of losing capital.

What makes the above findings really remarkable is that they encompass all kinds of roller-coaster phases in the market. So the 25-year period over which these SIPs were simulated encompasses two severe crashes after the bursting of bubbles in 2001 and 2008, a prolonged do-nothing market like 2008 to 2014 as well as raging bull markets in 1999-2000, 2004 to 2007 and 2014-15.

This is the second of a 5-part series on the secrets of SIPs.