Assess the rating profile | Value Research https://www.valueresearchonline.com/stories/33728/assess-the-rating-profile/ To pick a good debt fund, you need to have a good understanding of rating scales of different rating agencies

To pick a good debt fund, you need to have a good understanding of rating scales of different rating agencies 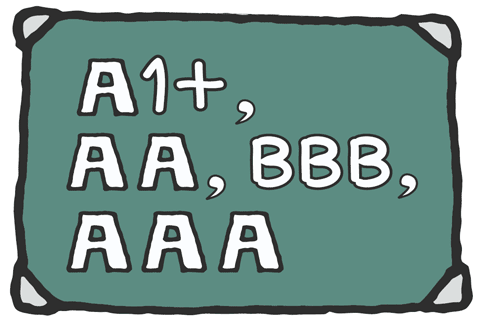 Poring over a debt fund's portfolio will help you very little unless you have a good understanding of rating scales of different rating agencies and can read between the lines.

Bonds with long-term ratings of AAA and AA are deemed quite safe, with a near-zero probability of default within a year. As you go down the rating scale though, the probability of default rises exponentially. A CRISIL ratings study that covered its own experience with corporate issuers from 2005 to 2015 shows that while the incidence of default within one year on its AAA-rated and AA-rated instruments was zero, A-rated securities witnessed default rates of 0.24 per cent, BBB of 0.87 per cent, BB of 3.86 per cent and B of 7.9 per cent. The default rate jumped to 18.9 per cent for C-rated issuers.

Armed with knowledge of the rating scales and default probabilities, debt-fund investors can do their own homework on credit quality. But the real challenge arises when rating agencies wake up late, and effect drastic rating downgrades or suspend the ratings of a bond held by your debt fund. Such downgrades immediately lead to big drops in the market prices of such bonds, and, more importantly, impact their liquidity. This is indeed what happened with both Amtek Auto and BILT.

So what are mutual funds doing to cope with such sudden downgrades? Rahul Buskute, Head of Structured and Credit Investments at ICICI Prudential AMC believes that it is up to AMCs to develop independent credit-assessment capabilities to be ahead of the curve on credit risks. He says, "It is definitely a priority for product manufacturers to strengthen risk-management practices. It is important for AMCs to do proprietary research around the credit profiles of the bonds they own in addition to relying on third-party ratings."

However, he admits, there will still be situations where fund managers are caught unawares. "You may not have a crystal ball to predict regulatory changes. Some events come about due to global changes like a Lehman Brothers collapse or a Brexit. These cannot be foreseen and if they are foreseen you may not be able to gauge the impact immediately. In such cases if investors are patient, they can ride out these events." He also points out that prudent diversification in the portfolio can be the antidote to sharp downgrades.

After these episodes, SEBI has tightened norms for rating agencies, too. One, it requires rating agencies to continue with their ratings even when issuers suddenly stopped disclosing their financials to them, requiring them to be classified as 'non co-operating' issuers. Two, they are now required to disclose the rating history of each instrument every time they effect a rating change.

Premier rating agency CRISIL says that it has been taking steps on its own to avoid sharp rating actions and suspensions. Mr. Somasekhar Vemuri, Senior Director, CRISIL Ratings says, "CRISIL has not suspended any rating since January 1, 2017. We agree that sharp and sudden rating actions (specifically downgrades) in higher-rated categories are not desirable. They create sudden credit cliffs catching the markets by surprise and leave investors with little scope to manage their exposure. We closely monitor our portfolio and use rating outlooks to indicate the potential direction of rating movement to reduce the suddenness of our rating actions."

One nuance to watch for is the outlook or rating watch put out by rating agencies with their releases. When any issuer is placed on a rating watch with 'negative implications', it's a warning that a downgrade may be imminent.