How to actually buy a house | Value Research https://www.valueresearchonline.com/stories/33571/how-to-actually-buy-a-house/ Buying a house is among the biggest financial decisions you are likely to make. Ignore the hype and stick to these three principles to save yourself from financial hardships

How to actually buy a house

Buying a house is among the biggest financial decisions you are likely to make. Ignore the hype and stick to these three principles to save yourself from financial hardships 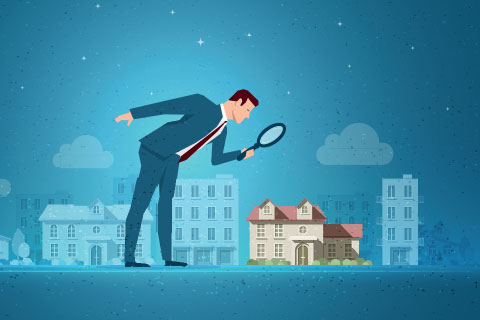 Of all the big investments you are likely to make, none is so fraught with uncertainty and doubt as that of buying a house. For once, this is not the fault of the saver. The blame lies squarely with the way the real estate industry has evolved over the last decade or two. The very idea that a house is a financial investment is a product of the hype that has evolved over this period. Before that, except for a handful of people who had vast amounts of cash to utilise, houses were not financial investments. Of the small number of Indians who were prosperous enough to actually buy a house, most just bought one in which they lived out their years and on which their children later litigated.

However, starting around the year 2000, the combination of dropping interest rates, tax breaks, and rapidly increasing disposable incomes reached a tipping point. This led to the rise of the EMI investor, the small, leveraged second (and third, and maybe fourth) homebuyer which was something that India hadn't seen before. People took loans to buy houses and sold them two or three years down the line because prices had risen enough to prepay the loan and still make an enormous profit. However, the real estate industry rapidly rigged this phenomena and turned it into a bubble which eventually burst. While that's a long story and this is not the place for it, today there are any number of people who are stuck with unbuilt houses with unpayable EMIs.

None of this is a secret. The only problem is that real estate cheerleaders−which include builders, dealers, and the media, which is beholden to real estate advertising revenues−are fully dedicated to convincing you that none of this is happening or if it is, then a huge revival is just around the corner. However, you still must try to buy one house. Despite all of the above, real estate is the only purchase for which it's fine to take a loan. The saving on rent, the tax break, and the psychological comfort are worth it.

However, you have to ignore the hype and stick to these principles:
One, buy just one house which will actually save you rent. Do not even think of buying any more just for investment.

Two, and this is the most important rule−don't stretch yourself. No matter how much you'd love a fancy house and how beautiful the ads and the brochures are, the EMI should not be more than one third of your family income. That's the UPPER limit. If you can get by at a lower level, then please do so. Basically, don't buy a house of your dreams. I know that the whole thrust of real estate marketing is this 'house of your dreams' concept, but that's a really bad way to make a sensible choice.

Three, I hardly need to point out that there's a huge difference between a house and a promise of a house. Completion of projects is at a premium today. This is unfortunate, but is a side-effect of the way real estate developers have gotten away with fraudulent behaviour. So, buy something that you can live in, rather than a mere plan and a promise.

Look at it in another way. Real estate investments must be evaluated in the normal terms of any investment − liquidity, safety, transparency, returns and similar parameters. Most people get confused about this because there is a fundamental difference between your first house where you live in and property bought purely for investment. The first house is a need and when you take into account the fact you can stop paying rent and get a tax break on the EMIs, you'll get a big financial advantage. In any case, a first house may or may not turn out to be an investment; it doesn't matter.

The myth of real estate being a great investment is mostly due to mathematical illiteracy about compound growth. Any real estate fan will tell you how some land or house became 50 or 100 times its value in 40- 50 years. Sounds fabulous, but you know, the BSE Sensex has become 300 times its value in 38 years. That's Rs 10 lakh becoming Rs 30 crore. Even 100 times in 50 years, which is a real estate example someone from Mumbai gave me, is a 9.6 per cent per annum gain. That's a good return, but not an outstanding one in India. It's certainly a lot less than stocks.

After that, there is basically no case for real estate as an investment. The ticket size is huge, liquidity is poor. The entire investment has to be sold at one go. You may or may not be able to sell when you want to-in a slump, entire markets disappear for long periods. Pricing may be hard to discover. Information is anecdotal and hard to verify.

The choice is clear.