Cheaper than others | Value Research https://www.valueresearchonline.com/stories/32579/cheaper-than-others/ We take a look at companies that enjoy production advantages by delivering products or services that are cheaper than their competitors 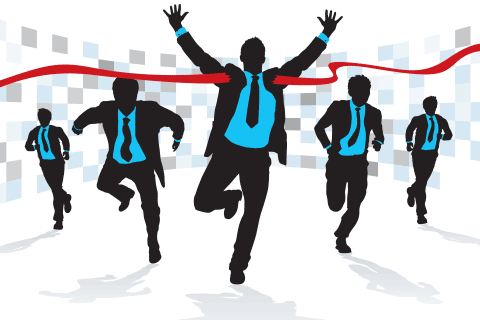 A company enjoys production advantages when it can deliver its products or services cheaper than its competitors. Such companies can get this advantage because of either privileged access to inputs, copyrights or patents that prohibit competitors from imitating them.

Production advantages can be divided into the following parts: complexity, patents, resource uniqueness and distribution network.

Complexity
Selling foodgrains is a simple business. Companies buy foodgrains from farmers, package them, put a brand name on them and sell them. Many other businesses are not so simple. Castrol, for instance, prides itself on the high-quality engine oil and specialty lubricants. The complex nature of its specialised products means that a new entrant will find it difficult to imitate its products. There are other complex businesses. Technology and pharmaceuticals often fall into this category. Table 1 mentions some complex businesses. Patents
Patents and copyrights allow a firm to have ownership of a product or process that no competitor can easily imitate. 3M India enjoys the benefits of patents that its parent owns. It enjoys a NOPAT margin of only 8.8 per cent, but a 1.5 times capital-efficiency ratio improves 3M's ROIC to 13 per cent. Other businesses that enjoy patents are Abbott, Bosch, Monsanto and GSK Pharma. Table 2 lists companies that enjoy patent benefits. 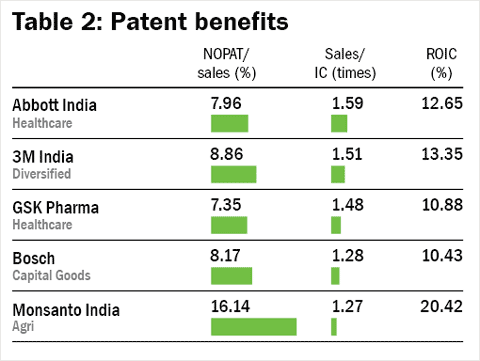 Resource uniqueness
When a company has access to a resource or an input that its competitors do not have, the company enjoys a resource advantage. Astral Poly Technik operates at a NOPAT margin of only 7.6 per cent, but it has rights to use chlorinated PVC pipes (CPVC) - PVC pipes that are more heat-resistant - by way of a licence from the US-based Lubrizol, which owns the CPVC technology. This helps Astral report a capital efficiency of 1.7 times, which pulls its ROIC to 12.83 per cent. Other companies that enjoy resource uniqueness include PI Industries and Dhanuka Agritech. Both benefit from the licences they have from innovator companies, which allow them access to the inputs competitors do not have. Table 3 points to the companies with resource uniqueness. 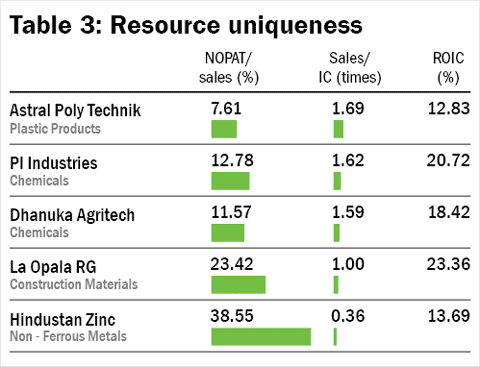 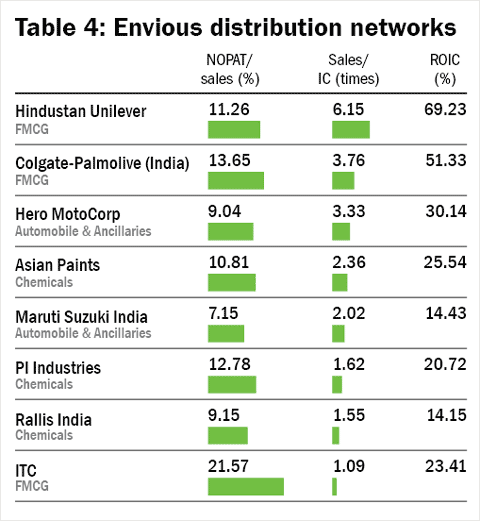