A new investment industry is being invented | Value Research https://www.valueresearchonline.com/stories/31362/a-new-investment-industry-is-being-invented/ One way or another, direct digital transactions are inventing a new mutual fund industry--will some players get left behind?

A new investment industry is being invented

One way or another, direct digital transactions are inventing a new mutual fund industry--will some players get left behind? 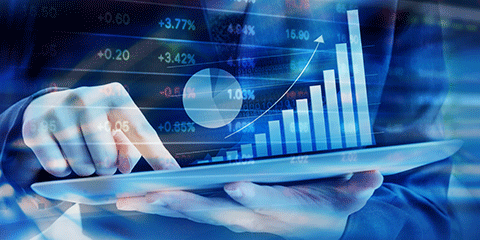 A few months ago, Value Research did analyse different mutual fund companies on how much of a good deal it gives investors on direct plans of their funds. For those not familiar with the terminology, here's a recap of what a direct fund is. From January 2013 onwards, SEBI has made it compulsory for all fund houses to offer a Direct plan of each fund. These direct plans have the same investment management of the original funds but are sold directly by the fund house to the investor without going through any intermediary. The distributors' commission and other intermediation expenses are not charged to direct funds and therefore, direct plans have somewhat higher returns than the equivalent non-direct funds.

By now, a certain proportion of the better-informed mutual fund investors have shifted to direct funds because of the better returns. It so happens that the differential of cost (and therefore returns to investors) between direct funds and the normal ones is not regulated. There's wide variation across different asset management companies (AMCs) as far as the advantage that direct investors of equity funds get. Some have a differential of 1 per cent or a bit more while others have a miniscule 0.1 to 0.25 per cent differential. The lower end of the range doesn't make any sense. It's clear that distributor commissions must be costing much more. When investors are getting attracted to the higher returns of direct funds, why are AMCs keeping the direct advantage much more? Sure, they make more money but getting more funds to manage is a more robust way of making more money, as a handful of AMCs have done.

So after we did this analysis, we published the highlights as an article on the Value Research website. In this article we gave details of the worst AMCs and lauded the best ones, the latter being those who gave investors the best advantage. Barely hours after the article went online on valueresearchonline.com, the CEO of one of the AMCs called me in alarm. Much to my surprise, he was the one running the AMCs that gave the investors the highest advantage. He said that if word got about that his companies' direct plans were so good for investors, fund distributors would gang up and stop selling his funds. Remember, in this context, good for investors means bad for distributors because it diverts market share from distributor-sold plans to ones purchased directly by investors by giving higher returns. No CEO from the other end of the spectrum called. This means that even three years after direct plans were launched, the highest priority of most AMCs would be to protect the distribution channels and not irk distributors.

In a way, this is hardly a unique situation. Over the last two decades, with the rise of ecommerce and IT-enabled direct sales channels, a huge range of products have seen a similar conflict. Manufacturers have struggled to placate their distribution channels as lower costs and efficiency have made direct sales so much cheaper and convenient. In almost all cases, there have been problems in the beginning but eventually, everyone has come around to realise that this disintermediation is inevitable.

The Indian mutual fund industry is now ripe for this change to accelerate hard. 25 years ago, mutual funds had a hard time figuring out did not even know who had paid them and who hadn't. Old timers will remember the strange case of LIC Dhanavarsha, which redeemed money to people who hadn't invested. Today, the surrounding infrastructure, in terms of payments and identification is ready and working smoothly.

Either businesses disappear, or they invent new ways of serving customers. There are many, many investors who need the services of a good fund advisor. However, the new paradigm demands that instead of dragging their feet, mutual fund distributors move quickly into this new world. That's the way to win the future.