The greater fool is you | Value Research https://www.valueresearchonline.com/stories/29521/the-greater-fool-is-you The real-estate industry in Delhi/NCR is overcast with uncertainties. It's time that buyers realised this

The greater fool is you

The real-estate industry in Delhi/NCR is overcast with uncertainties. It's time that buyers realised this 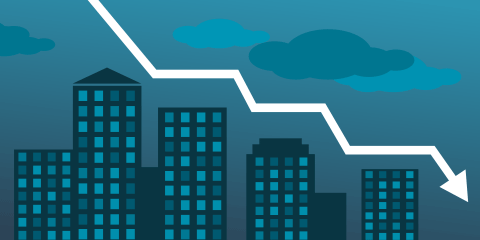 I am in Delhi as I write this on the last day of November listening to FM radio. I rarely listen to FM and am surprised at the number of real estate advertisements still being broadcast on radio. What makes it even more surprising is that the real estate market in much of Delhi and the surrounding National Capital Region (NCR) continues to remain in a mess. A possible explanation for this may lie in the fact that radio advertising is cheap in comparison to other forms of advertising.

The business lobby Assocham, recently conducted "random survey of nearly 125 real estate developers in Delhi-NCR". The survey found out that the "demand for buying property have decreased by over 30% over the last year."

In fact, sales have fallen despite the home prices having crashed. As the Assocham press release points out: "The prices have almost crashed but they are still un-affordable. Be it Rohini, Dwarka, South Delhi, Noida, Gurgaon, the prices of property are down by 25-30% as compared to the last two years... The ticket price 3-bedroom, 2 BHK and single room flats has seen correction by 30 per cent in Noida, 25 per cent in Gurgaon and 15 per cent in some key areas of Delhi but still, the demand stays subdued."

The total number of unsold homes in NCR stands at 1.7 lakh. Of this around 62% homes are uninhabitable. As Assocham points out: "The problem has been confounded by delays in regulatory clearances and litigations, points out the survey."

The radio ads are trying lure people in, by harping on the fact that they don't need to put the entire money upfront. Further, the ads talk about lower down-payments and lower EMIs. Given that 62% of 1.7 lakh unsold homes in Delhi are under-construction, it makes no sense to buy an under-construction home, which the radio ads advertise.

What these ads also tell you is that the builders (especially the smaller ones) are desperate for money, given that the conventional source of lending through banks has more or less dried down during this financial year. In this scenario they will be happy to raise any money that they can. Chances are that they will use this money to complete their earlier projects. Hence, the new projects that they raise money for will continue to remain uncompleted. Given this, it makes no sense to buy a new under-construction home in Delhi NCR as of now.

I decided to test this hypothesis at a wedding I attended in Delhi. Of course, the sample was small and hence, readers need to keep that in mind. But it does not change the points that I am trying to make here. The general feel that I got from the people I spoke to in Delhi was that they would still buy an under-construction property if they were able to afford it.

Most of these people I spoke to are Delhi residents and they have had a special relationship with real estate. They have seen the price of their DDA flats multiply many times, over the years and still believe in the power of real estate. And most of them hoped that they could sell an under-construction property to someone else in the years to come.

The Greater Fool Theory was at work. As Jason Zweig writes in The Devil's Financial Dictionary: "The belief that no matter how foolish a price you pay for a stock or other asset, you can always find a greater fool who will pay more to buy it from you. Why bother figuring out what a stock [or a home] is worth, when you can simply gamble that somebody else will think it's worth more?"

This, despite the fact that most of the people I spoke to knew someone who had bought an under-construction property and was still stuck with it, neither having been able to live in it or sell it on forward.

Further, the trouble in the Indian case is how does one figure out the right price of a home? Only the brokers operating in a particular area tend to have that information. And they do not always have the best interest of the prospective buyers in mind.

As Sanjoy Chakravorty writes in The Price of Land-Acquisition, Conflict, Consequence: "The price of a given piece of land [or a home], like the price of everything else, is based on information on the price of other pieces of land: prices paid in the recent past and prices paid elsewhere, especially in nearby locations."

Such information is not easily available in the Indian context. As Chakravorty writes: "If information on prices is not available and the rights to negotiate and refuse do not exist, a real market does not exist."

And this is precisely how things stand in India. Given that there is no clear cut way of knowing the right price of real estate in a particular area, there is a great belief that home prices and land prices do not fall.

The trouble is that home prices have been falling in Delhi NCR. It's just that it takes special surveys like the one by Assocham to bring this fact out. This information is not available on a regular basis, like is the case with the stock market, where you can see the price of a stock going up or down, almost 250 days a year.

And this lack of a real market has its costs. As Zweig writes: "It might seem surprising that there could ever be a shortage of fools in this world, but if you count on always finding one just when you most need to, you will make up one day to find that everyone else has suddenly smartened up and the greater fool is you."

Vivek Kaul is the author of the Easy Money trilogy. He tweets @kaul_vivek