The Fog of Complexity | Value Research https://www.valueresearchonline.com/stories/28894/the-fog-of-complexity/ If you see a financial term or product that is too complex to understand, it's probably nothing but jargon invented to sell something useless

The Fog of Complexity

If you see a financial term or product that is too complex to understand, it's probably nothing but jargon invented to sell something useless 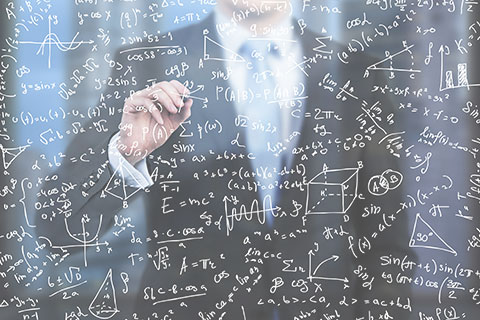 One of Warren Buffett's less well-known quotes is, "If calculus or algebra were required to be a great investor, I'd have to go back to delivering newspapers." To be a successful investor he hasn't needed any more maths than plain old addition, subtraction, multiplication and division. However, don't tell that to the professional peddlers of complexity that seem to infest the business of convincing people to invest. The other day, I came across an advertisement for an opportunity to learn about how 'gamma' could be used for financial planning, including, apparently, for mutual fund investments.

While the description of this gamma sounded suspiciously like pure snake oil, the name actually confirmed that suspicion. Why 'gamma'? The term is already used for another, apparently different piece of snake oil in options investing in the stock market. Why do purveyors of financial calculations use greek letters to symbolise some concepts? One excuse is precedence--this always been done. All investing professionals use terms like Alpha and Beta, so why not extend this to more greek letters?

One must recognise that outside of academic usage, this is basically a marketing technique. Almost all non-professional investors would associate something that has a greek letter in its name as 'SCIENCE'. They would understand that it's jargon, but would assume that it symbolises some complex idea or process that is difficult for ordinary mortals to understand or use. The dictionary definition of jargon is 'special words or expressions used by a profession or group that are difficult for others to understand.' Jargon is used to exclude, as well as to impress. And in these times of intensively selling everything, as ad copy. The facade of science that greek letters give is a huge advantage. After all, it would be hard to impress customers if the word 'gamma' was replaced by something more appropriate, like 'banana'.

Some years ago, a young person who was working in some 'relationship manager' kind of job asked me what the formula for asset allocation was. He wanted to put his 'clients' numbers', as he called them, into a formula and come up with how much of their money they should put into different types of assets. I told him the truth, which was that deciding someone's ideal asset allocation was more a like having a set of thumb rules, and then figuring out which to apply and which to ignore based on their life's circumstances. There are so many soft inputs, as well as non-quantifiable inputs that the very idea of having a formula was deeply mistaken.

My friend was deeply disappointed. He expected something with a minimally adequate number of alphas, gammas, sigmas, pi's, and taus. If there was some calculus required, that would have been better. That would be something impressive to pull out before his clients. He let it be known that he was disappointed. Either there was some formula that I didn't know, or it was something that I knew but was unwilling to share with him.

Of course, the hidden technological magic could well be something like the automated fraud-implementation software that Volkswagen has invented to manage its cars' emissions, but then, that's probably something the financial services industry has learned to do much better than the auto industry has.

This article first appeared in September 2015.