3 combinations that should never be mixed | Value Research https://www.valueresearchonline.com/stories/26614/3-combinations-that-should-never-be-mixed/ Most avoidable combinations are usually harmless, but mixing investment with insurance can have dire consequences

3 combinations that should never be mixed

Most avoidable combinations are usually harmless, but mixing investment with insurance can have dire consequences 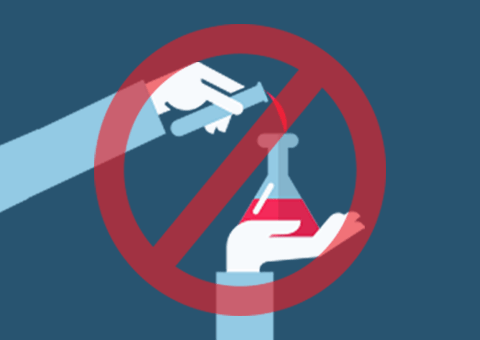 Some things should never be mixed. Not that they can't be, just that they shouldn't. Why? Because nothing good ever comes out of those combinations. Some things are just not meant to be together. Individually, they make a lot of sense. Together, probably even less sense than a contemporary Bollywood movie, which brings me to the first of the 3 combinations that shouldn't be mixed:

Bollywood movies and brains
These days, we often come across the 'leave your brains at home' line in Hindi movie reviews. I believe that doesn't even need to be said, it's a no-brainer. Our popular movies defy logic in an attempt to entertain us. There's nothing rational about Salman Khan riding a bike through a flying helicopter to shoot at a villain, or Ajay Devgn single-handedly fighting an army of goons and dodging bullets at the same time, or Shah Rukh Khan getting a taller heroine to fall for him even when he's on a misguided revenge spree. The purpose of these movies is to entertain, and if you want to be entertained, you better be leaving your brains behind at home. Or at least in the car.

Ice cream and ketchup
Do I even need elaborate on this one? When I was a kid, I saw vanilla ice cream in the freezer and a bottle of ketchup in the fridge. I put two and two together, and ended up with 44 glasses of water to get rid of the awful taste in my mouth. I was scarred for life, but the lesson was learnt. Ketchup will be a suitable topping for ice cream only when they invent tomato-flavoured ice cream. Nope, probably not even then.

Insurance and investment
You can probably get away unaffected by the two mixtures listed above, but this one usually has dire consequences. A mix of investment and insurance is usually available in the form of a financial product called ULIP. A unit linked insurance policy gives you insurance and puts a part of your premiums into market-linked investments. There's another part of your premium that it puts into its own pockets as way of charges and expenses, which is in most cases quite high. New ULIPs are comparatively cheaper than older ULIPs, but still comparatively more expensive that products like mutual funds and term policies. But new or old, the problem is that ULIPs don't give you the best of either insurance or investment. There's no reason for one to opt for a mix of them. Insurance should be bought in the form of pure term insurance, and treated as an expense. Investments should be made in mutual funds that fit your needs, and treated as, well, investment. Keeping the two separate keeps them simple and makes them more effective.

By the way, there's another combination that shouldn't be mixed - grandmothers and breakdance music. More on that some other time.

This story first appeared in November 2014.