The known strangers | Value Research https://www.valueresearchonline.com/stories/22276/the-known-strangers/ How is it that people who form a part of our day-to-day lives still be complete strangers? How is it that people who form a part of our day-to-day lives still be complete strangers? 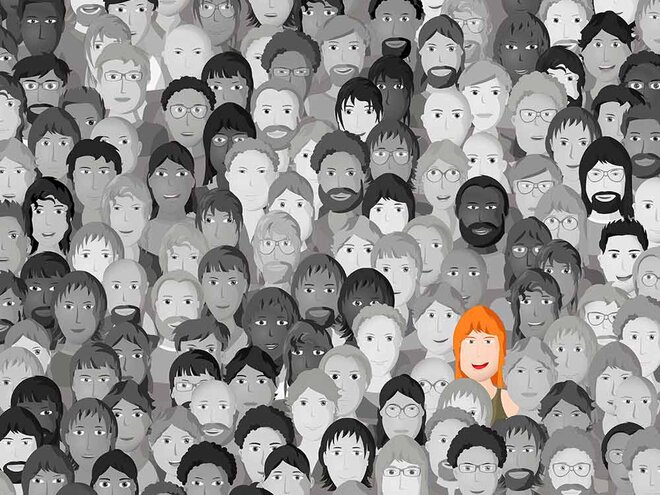 I was walking down our little lane the other day when it struck me that I hardly knew anyone in the place, or, for that matter, anybody else in the town. I have been in this town for at least five years and we ought to have made quite a few friends, maybe a lot of them. But it turns out we have very few friends and most of the people I encounter in the street are just blank faces.

Take them one by one. There is the milkman who comes, or is supposed to come, in the morning, and I ought to know him, or at least his face. But I don't. He picks up a token we leave in the bucket at the door, drops the pouch and leaves. Since he does it when we are sleeping, I have never seen his face and he has never seen ours.

The newspaperman, an indispensable fellow for a man like me. But I have never seen him. I open the door in the morning and, voila, as the French say, the papers are there, in a neat pile, as if they were brought by magic. Once in a while, I notice a yellow bill in the stack, and I leave the money, counted to the last paisa, in an old envelope. And the drill has never failed.

I have never met my men at the bank - or is it women - though I receive cash regularly on the dot on the first of every month, without fail. That was our arrangement when I opened my account and it has never failed. How they do it, I do not know. Do they have a machine which, when you press a button, delivers the money two miles away? Since I have never been to the bank, and have only a faint idea where it is, I just do not know the secret. In fact, I often wonder whether it exists at all.

I go out occasionally to buy books but the bookshop is so small and the entrance so tiny, I have never stepped inside. Occasionally, a small old face, like that of a chipmunk, appears through the maze of old magazines, even older newspapers and books, and asks if I am looking for anything in particular, but it disappears so quickly behind the stack, I hardly notice it. He doesn't seem too keen to sell, and I am not too keen to buy, and we leave it at that.

Things were very different when we lived in Delhi. Delhi is a snooty town with a strict protocol, but it is also a friendly place, once you break the ice. In our colony - and Dilliwallahs always live in colonies, as if the British had never left - everybody knew everybody else, although often you didn't know who was who. Is the man who has just passed you on the street, a younger brother of the tutor who used to teach your son, or is he the son of your mithaiwala? All Punjabis look alike, you might say, but they are as different from each other as eskimos on the North Pole.

The milkman was our third-generation friend. We knew his father and his grandfather and attended lots of weddings in the family and knew even their grandsons. All he wanted from us was a calendar every year, a very special calendar with pretty girls which Vijay Mallya sent me every year. Occasionally, he would ask for a pass to the Parliament for his friends from Rohtak. He not only delivered milk but also gossip. The kind of political gossip Dilliwallahs specialise in.

We are slowly becoming an anonymous society. Nobody knows anybody, worse; nobody cares. I occasionally receive New Year cards from people I have not seen in 20 years. I have a feeling they have forgotten me and can't make me out from Adam, but obviously they have a computerised list, marked New Year cards, and addresses printed automatically with pens that duplicate your signature. They never call me or have the vaguest idea where I live, or whether I live at all. But their computer does the job, year after year, and I have no doubt they tell their wife that they have sent New Year cards, and they both smile, and the world goes on, without anybody realising that the machines have taken over from human beings and we are just robots doing their work.

Happy New Year, and this is me in flesh and blood, and not my computer, because I do not own one!

This column was first published in March 2013.