Learning and Unlearning to be a Successful Investor | Value Research https://www.valueresearchonline.com/stories/200104/learning-and-unlearning-to-be-a-successful-investor/ Being a successful investor is a matter of temperament and habit, and that's something that can be learnt

Learning and Unlearning to be a Successful Investor

Being a successful investor is a matter of temperament and habit, and that's something that can be learnt 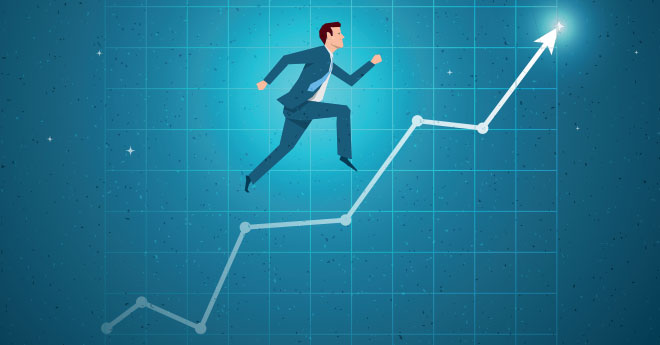 I’ve often heard successful investors say that succeeding at investments is more a matter of temperament, rather than of technique, skill or knowledge, or something to that effect. A few days back, an article on the investing website The Motley Fool which pointed to a book named ‘How Children Succeed: Grit, Curiosity, and the Hidden Power of Character’, by a researcher named Paul Tough. Tough’s book shows how character was more important than intelligence in determining whether a child succeeds in life or not.

Qualities like persistence and the willingness to sustain determined effort in the face of adversity was a far bigger determinant of success later in life than academic felicity. This flies in the face of the focus of academic performance that characterises our education system. Perhaps selection procedures should try and select for ability to overcome adversity, rather than focus on academic exams. That sounds hard to do, and probably is. However, success in savings and investments over a lifetime also has some similarities to this.

The first is that a set of different qualities is more important than intelligence. These include ‘persistence, self-control, curiosity, conscientiousness, grit, and self-confidence. Economists refer to these as non-cognitive skills, psychologists call them personality traits, and the rest of us sometimes think of them as character.’

Investors often chase knowledge and skills. It’s like believing that building a spreadsheet that evaluates 20 different financial parameters for a 1000 companies will get you better returns than understanding just the basic facts about 50 stocks. Nothing could be from the truth. What is more important is the ability (or perhaps I should say propensity) to keep calm, focus on basic principles, and not expect unrealistic outcomes. Of course, all these are just words describing concepts that can not be quantified. After all, one person’s unrealistic unexpectations may well look like a reasonable estimate to another.

Another principle that the book arrives at is that good habits and processes can lead to remarkable success. In investing, this is probably the most important. The final measure of investing success is not the rate of return that you get, but whether you are able to meet your life’s financial goals all the way into retirement. For that to happen, the very first requirement is to save, save enough and start saving enough early. The arithmetic of compound investing is an absolute dictator, and decrees outsized success to those who start saving as soon as they start their careers and always save a good proportion of their savings.

Moreover, if one gets into the mindset of savings in equity-backed assets right from the beginning, and learns to live with the volatility, then the eventual positive impact on one’s savings appears completely disproportionate.

Unfortunately, this good habit and process is something that is hard to learn. It is a fact that when they start earning, most young people’s savings habits are formed by tax-exemption rules. And what that teaches by default is either that one should put a certain sum of money in something like PPF in a hurry around March 28th every year. In recent years, intensively marketed and dimly understood insurance products have also been added to the menu. And as for inculcating the habit of saving in equity-backed assets, we have something like the RGESS, whereby those who have never invested before can, for three consecutive years, invest ₹50,000 a year for three years if their income is less than ₹12 lakh a year. And they must only invest in stocks that are part of the BSE and NSE 100 indices, certain PSUs and some other categoires. It sounds comically complicated, almost like a parody of an attempt of bureaucratic micromanagement of people’s behaviour, which is exactly what it is.

If savings and productive investment behaviour is to be learned, then the carrot and stick of taxes and tax exemption is the best way to do it. For that to work, these will have to be redesigned as tools specifically meant to do that.

This story first appeared in November 2014.